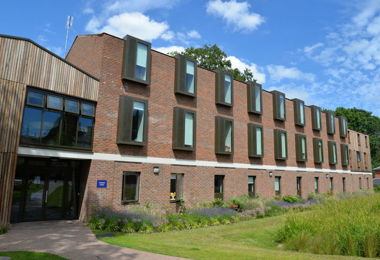 Trotman House opened in the Autumn Term 2017 and is the home away from home for up to 45 weekly and full girl boarders, as well as a number of part time boarders and day girls.

This brand new, state of the art, light and spacious building has been designed and built with the highest regard for those who will use it on a daily basis and also the wider community—the sustainability that’s in every fibre of the construction will come to be valued by generations to come.

Sasha Gunes is the fourth Trotman Housemistress (HsM). She manages the staffing, organisation and resourcing of the House. She provides for the safety, good discipline and pastoral well-being of all pupils, staff and domestic staff in the House and manages the administration of the House, its maintenance and ensures excellent communications with all parties.

Sasha is resident in the House throughout term time and acts as Tutor to the 4th Formers, inducts new pupils (and their parents) into the House system and oversees a mentoring system.

Sasha is supported by Rebecca Roberts, Deputy House Parent, and any Resident Staff. 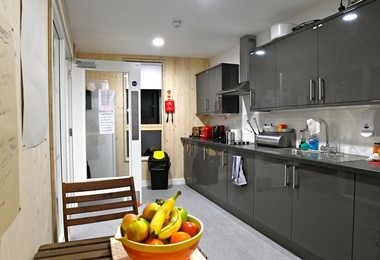 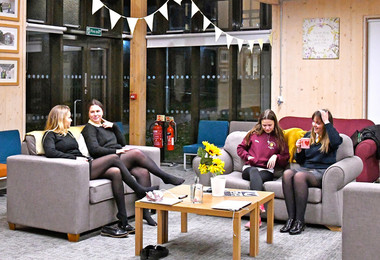 The communal areas are light, with plenty of seating to relax in for watching TV, films, playing games etc. Girls have access to a kitchen for making toast, as well as other snacks and drinks with all meals being provided in the Dining Hall. The ground floor also hosts a large changing room with showers and lockers for all the Trotman girls to use. 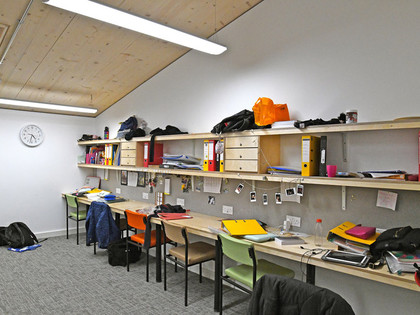 Spread over three floors, the boarding accommodation is of the highest standard.  On the top floor there are nine single en suite rooms for Sixth Formers, as well as four large study areas, each with space for 12 day girls.

The first floor has nine single en suite rooms, two twins and three quads for flexi-boarders/Lower Fifths. The quads offer plenty of study space as well as room for personal belongings. There are also another two study rooms for day girls on this floor. 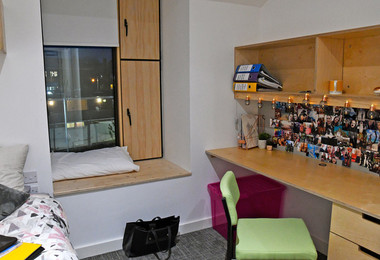 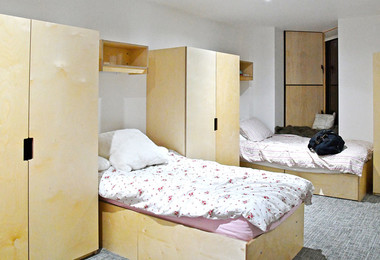 Fourth Form and part time boarders enjoy the company of three other girls in rooms of four. Lower Fifth  girls share twin en suite rooms, and as they progress into the Upper Fifth and Sixth Form, and their House and study responsibilities increase, they move into their own, single rooms, again with en suite facilities.

The ground floor accommodation, alongside the communal areas, consists of six single rooms, two twins and one disabled access room, all en suite.

Saturday school at Bishop's Stortford College finishes around 3pm, or at such time as sports fixtures finish. Our full boarders who stay throughout the weekend are well cared for and enjoy being part of a smaller group of friends with time to relax, use the school facilities, go into town and join in the organised activities and trips out, such as Thorpe Park theme park, cinema, ice-skating, ten-pin bowling and visits to London or Cambridge.

Trotman House, officially opened in Autumn 2017. The House is named after former Headmaster, John Trotman (1997 - 2011), who was the guest of honour for the House opening ceremony.