"Regular book clubs and other opportunities to make the most of the exceptional library facilities are well attended and much enjoyed by pupils." ISI Inspection 2017 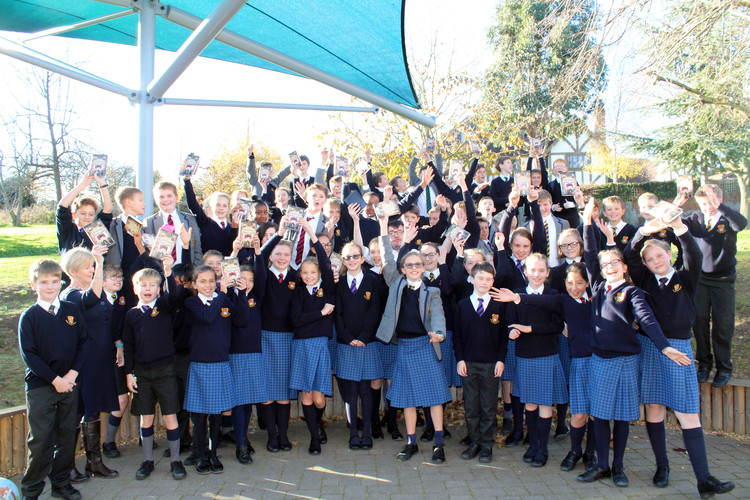 At the heart of all library activities is the desire to create a passion for reading; everyone - staff, students and parents are encouraged to share their literary experiences.

A new Prep School library was opened in November 2013, and is now even busier and more vibrant place than the previous one, with its colourful displays, attractive shelving and furniture. The extensive range of books and multi media resources are selected to support the teaching and learning throughout the school. The addition of four laptops and an outside story garden, featuring our 'Picture Book Benches' enhance the facilities.

Every class has at least one lesson a week in the library and it is always full at break and lunchtimes with pupils reading, studying and browsing. The library is staffed by a qualified librarian and a part-time assistant, so help is always at hand.

Click on the images below to read the latest Library news: 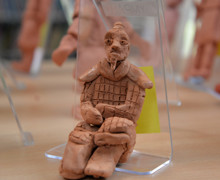 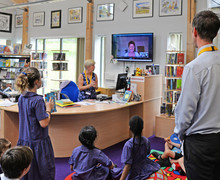 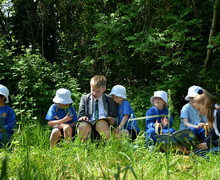 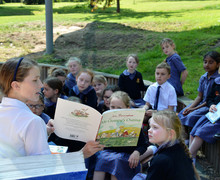 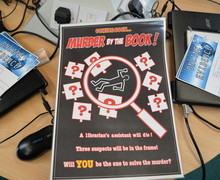 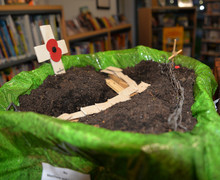 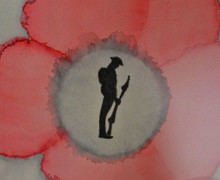 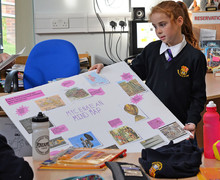 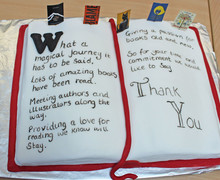 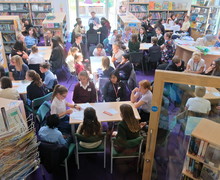 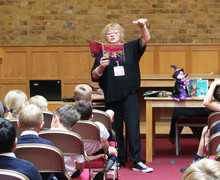 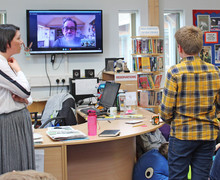 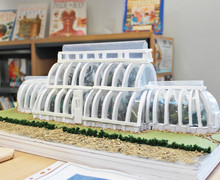 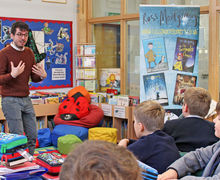 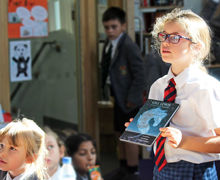 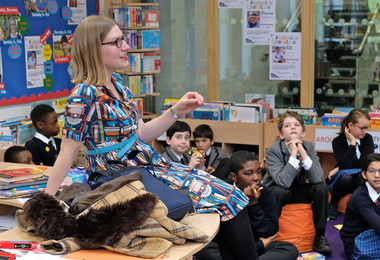 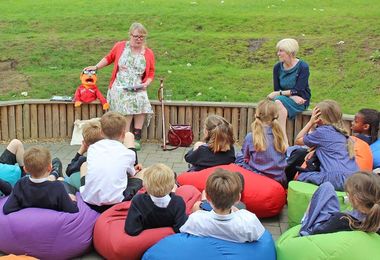 Book clubs for three different age groups are held regularly throughout the term; attendance is very high and discussions are lively and informed. Author visits are also very much part of the library programme, with our most recent visitors including Joseph Coelho, Marcus Alexander and Robin Stevens, to name just a few of the authors who met with pupils during the last Festival of Literature; earlier in the year we also enjoyed visits from Ross Montgomery and Lucy Saxon, and Skype meetings with a number of authors including Gill Lewis.  In the past couple of years we have also enjoyed visits from a wide range of authors including Chris Bradford, Rick Riordan, Anne Fine, Michael Morpurgo and Steve Cole and we look forward to welcoming Andy Griffiths in October 2018. 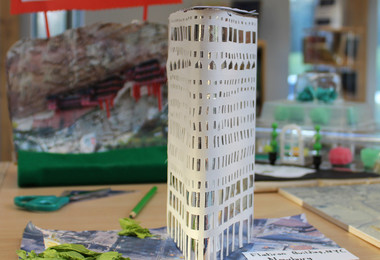 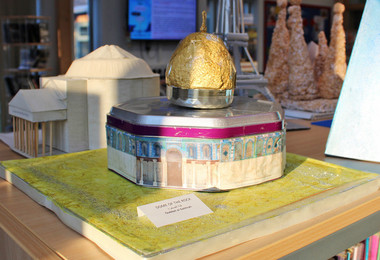 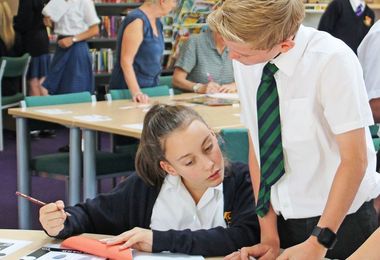 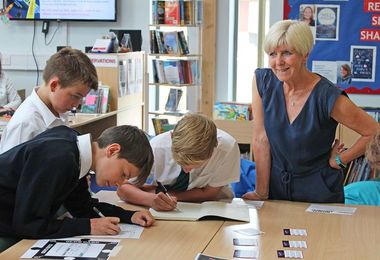 Every year we run a cross-curricular Library Challenge in the Prep School, linking up with other departments in the Prep School. The challenge often incorporates a big event happening either in the outside world, such as the London Olympics in 2012, or a large school event, such as the Festival of Literature here at the College. Members of Curiosity Club enjoy researching a topic of their choice picked from a range of subjects, including History, Science, Nature, Culture, Human Rights and Sport.  At the end of their chosen challenge, pupils present their projects to the rest of the group.

Curiosity Club started 2020 with a bang as Ameya L showed the rest of the group her gunpowder experiment. George W showed off super skills with his "what to do when someone has a heart attack" animation. Juliet L tried her hand at architectural design with a fabulous drawing of an arch within the Coliseum, while Olivia O sparked a good discussion with her well-researched, sensitive and insightful look at different religions. Finally, Eleanor W delighted her peers with a Machu Picchu quiz followed by a yummy slice of her amazing model of Machu Picchu cake! 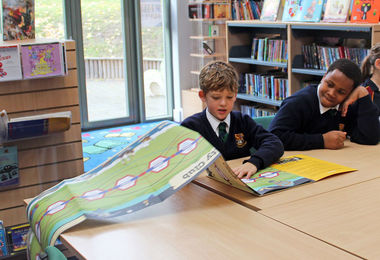 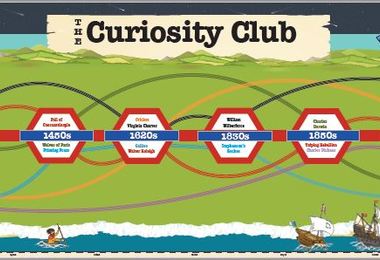 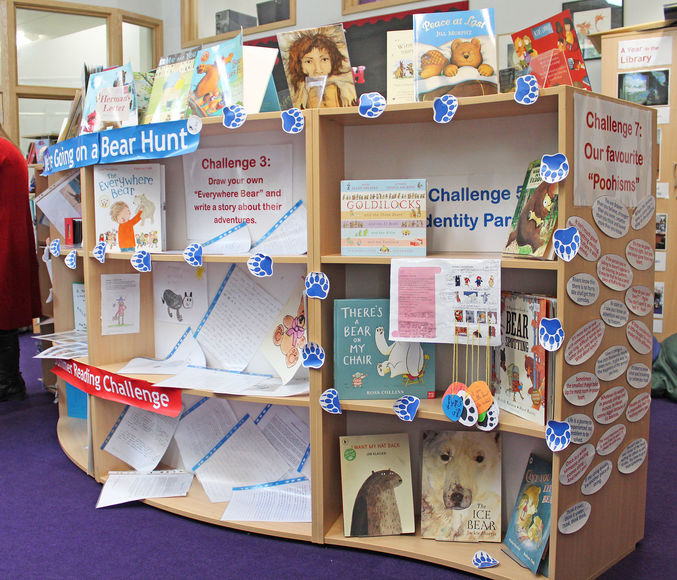 Reading challenges, often in the form of house competitions, are used to encourage pupils to be as wide ranging and adventurous in their selection as possible.  Last summer pupils were invited to take part in the Summer Library Challenge, “We’re Going on a Bear Hunt", which resulted in some fantastic projects being brought into school at the start of the academic year.  Their work was displayed in the library, revealing the effort, originality and creativity put into these outstanding projects, which ranged from photo diaries of travelling bears in places as far afield as the top of Ben Nevis, theatre shows in London and Lanzarote. There were also lots of different versions of the Michael Rosen poem, which see pupils going on a ghost hunt, a person hunt or a hare hunt.

Before the Summer Holidays, pupils going into Shell, Form 1 and Form 2 were invited to take part in our annual Summer Reading Challenge, which features lots of reading suggestions for the long summer break. 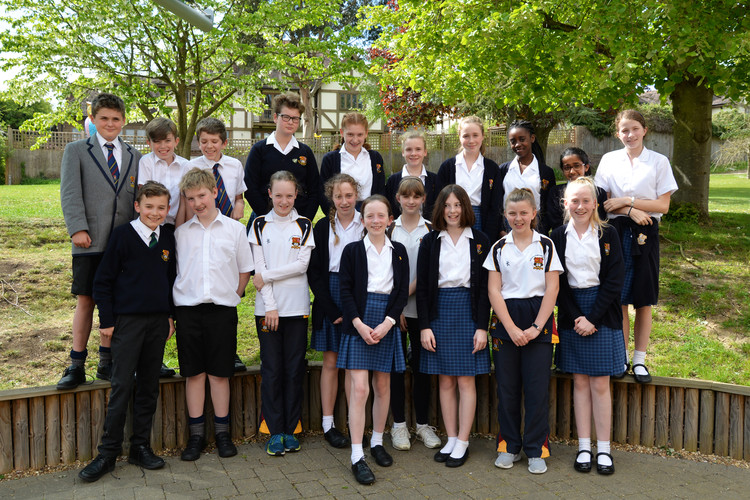 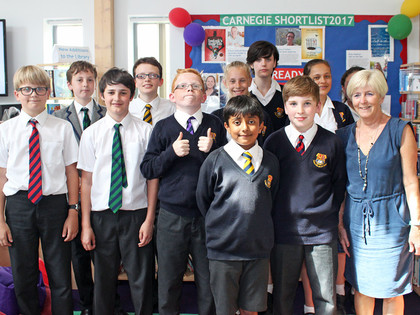 Twelve Carnegie Group shadowers travelled to St Edmund’s College on Monday 17th June to discuss the eight titles on the shortlist for this most prestigious award for books for children and young people. As a group we have been discussing these books over the last two months and all credit must be given to these pupils as all of them had read all 8 titles, no mean feat at such a busy time. Five other local schools who had also been shadowing these titles were present, and the group discussions were lively and energetic. A vote was taken, and the winner on this occasion was announced to be Poet X by Elizabeth Acevedo, which is one of the three verse novels on this year’s shortlist. The whole group of twenty-two Lower 3rd pupils who had been shadowing the award over the last two months watched the livestreaming of the Awards ceremony on Tuesday, where the winner was announced – also Elizabeth Acevedo with Poet X!

Pupils said that they would recommend others to be Carnegie shadowers next year as it had opened their eyes to reading different genres and to discovering books they might not otherwise have come across.

Pupils throughout the Prep School celebrated National Poetry Day on October 4th by writing poems throughout the week and pinning them on a special 'poetree' in the Library. 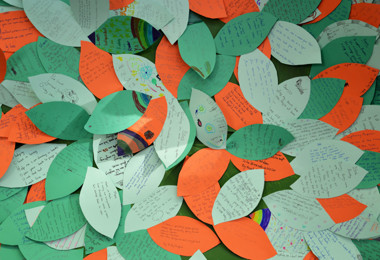 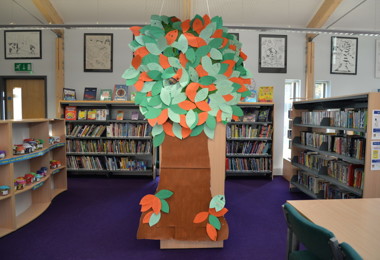 The Festival of Literature, originally inaugurated in 2009 by former Prep School Librarian, Rosie Pike, has become an annual fixture, with an impressive line up of literary luminaries. The aim of this week long Festival stems very much from the philosophy behind the library, which is to fuel a passion for all things literary in young and old.

You can read all about the Festival of Literature 2019 here.

Logging into the Library

There is a link to the College Library website in the Quick Links at the top of this page or here.  You can log in and check what is available in the Prep and Senior School libraries, what you have on loan, renew your loans and reserve new titles. You will need to have asked the Librarian for a username and password before using this link.