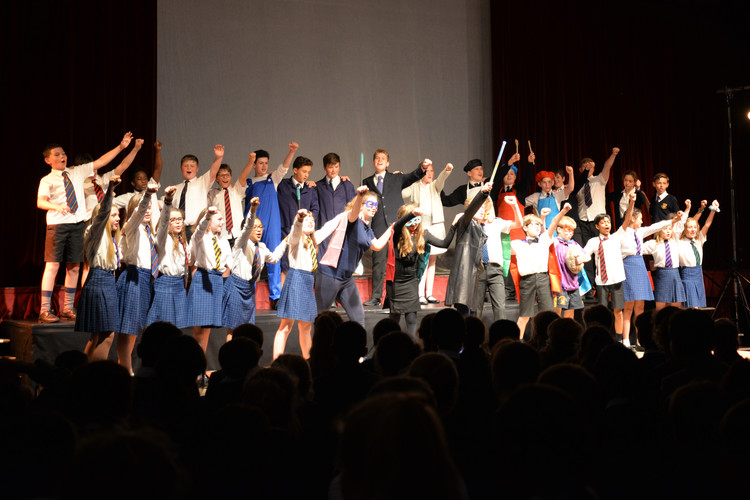 On the evenings of 13th and 14th June, the Upper Third performed their play, Battle for BSC, to a delighted audience of friends, relatives and staff. Celebrating the 150th Anniversary of Bishop's Stortford College, the play was a light-hearted but heroic story in which the school was threatened with annihilation by a vengeful and villainous ex-pupil.  A team of super-heroes, including The Dr, Head Boy Harvey, Head Girl Harriet, Librarian Lou, Sports Captain Sam and Does-it-all Donna had to go back in time to 2019 to try to save the day! On the way, they visited some rather familiar faces in the guise of Wilberforce the Headmaster, Mrs Crow the Wonder-Woman PA, the battalion of dinner hall staff and the perfect prefects, to name a few. 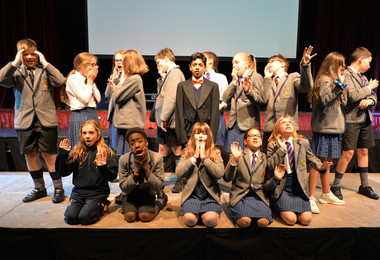 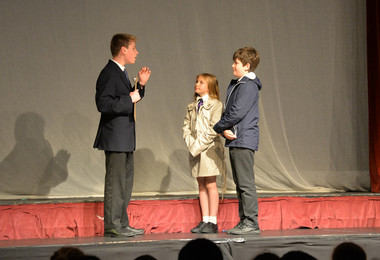 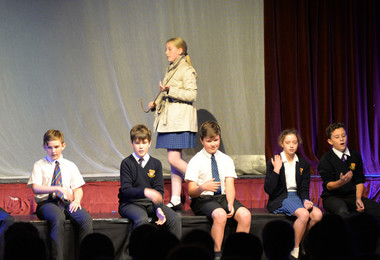 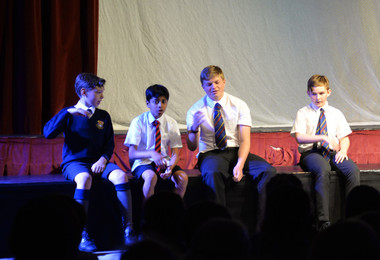 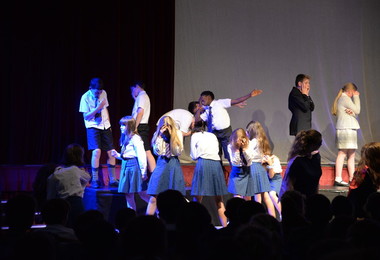 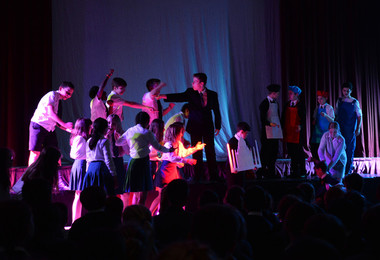 The Upper Third performers were fantastic and were ably supported by a chorus of Form Two pupils who brought energy and excitement to the show. Congratulations to all involved.