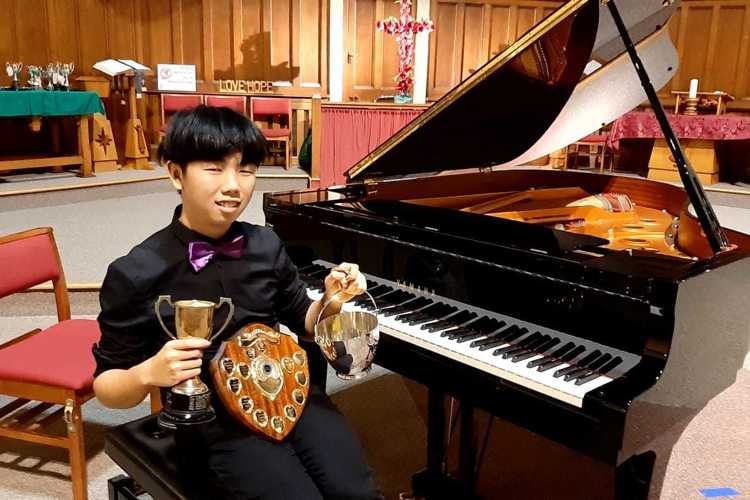 Following his participation in the competition on Friday 12th November at the Southend Music Festival, Sixth Form student, Justin M, was invited back on Sunday 21st November to perform in the prize winners concert, where he was also awarded Most Promising Senior Pianist.

Alongside this award, which saw Justin presented with The Dorothy Bose Memorial Cup and a cash prize of £50, he also won the Recital award for those aged 16 and over, the 20th/21st Century Music award, the Piano Solo award and a gold medal in the Film Music Class. This brought Justin's overall haul to a phenomenal 4 trophies and 1 medal.

Congratulations to Justin on these outstanding achievements!