U16 and U18 Boys Are Indoor Hockey County Champions! 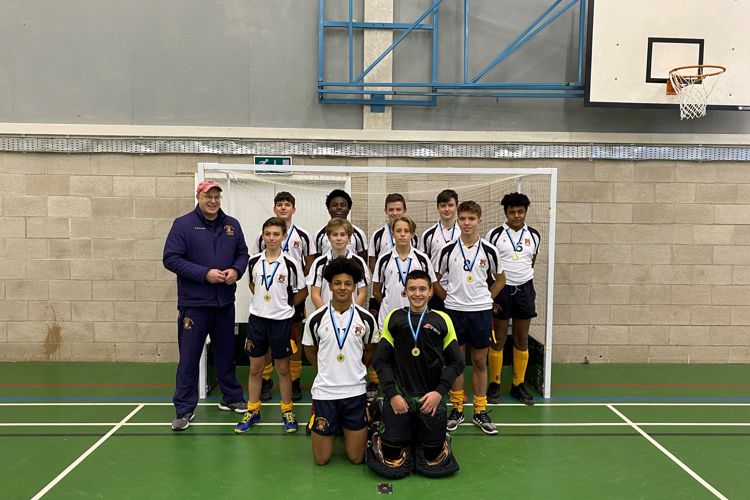 The College U16 and U18 Boys' Indoor Hockey teams have been crowned County Champions and move into the East Finals.

On Thursday 25th November, the teams were geared up and ready for their tournament and for the U16 boys, this was their first foray into the world of indoor hockey tournaments.

Up against Hitchin Boys' School, The Merchant Taylors and John Warner School, the boys rose to the occasion and delivered an unbeaten run tallying 9 points and winning the tournament. At the back, Ollie F, Harry B, Miles L-T, Jamie S kept a very tight ship and their flat stick defence was both patient and strong; Ollie’s mobility and communication in particular were excellent.  In the middle, Jake A and Jack F defended superbly at times, particularly against the dangerous Hitchin centre midfield and both played key roles in scoring from open play and short corners. Up front, Yussif K, Henry B, Owen C, Tele O, and Alex W, kept the pressure on their fullbacks and also showed some excellent movement, pace and good awareness in the D, particularly against John Warner.

The boys now move up a whole level and head to the East Finals on Sunday, with a place in the national finals at stake. 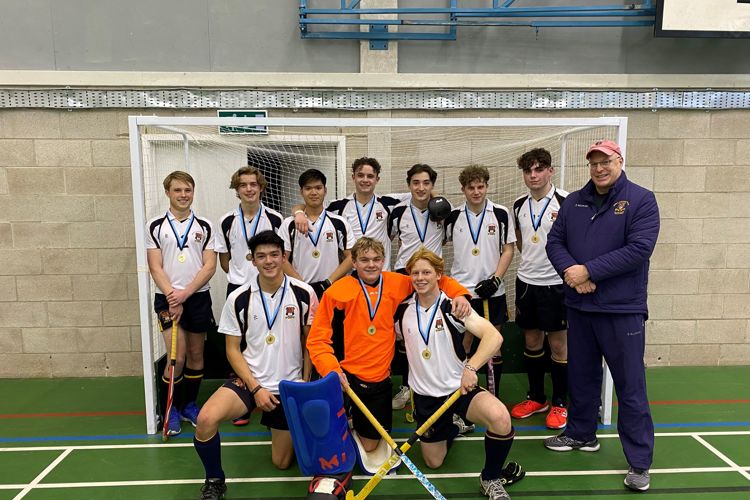 Meanwhile, the U18s had a successful start to their mission to reach the national finals, having already tasted success in reaching the U16 nationals in January 2019. The College team were off to a fantastic start with a 2-0 win against Hitchin School;  led by Tom P and Will B, Hitchin struggled to get into our D. In midfield Freddy C had a super tournament and was everywhere defending and attacking, ably assisted by Tommy E, Josh O’C and Conrad Y.

Against Merchant Taylors, Tom P’s wonder goal allowed us to lead for most of the match.  However, in the end and despite also hitting the post twice and forcing the Merchant Taylors goalie to make a string of super saves, the boys narrowly lost the match 1-2.  Although ruing the number of chances we had wasted, the boys were delighted to be through to the East Finals on Sunday 5th December on superior goal difference.