Magnificent Music in the Memorial Hall 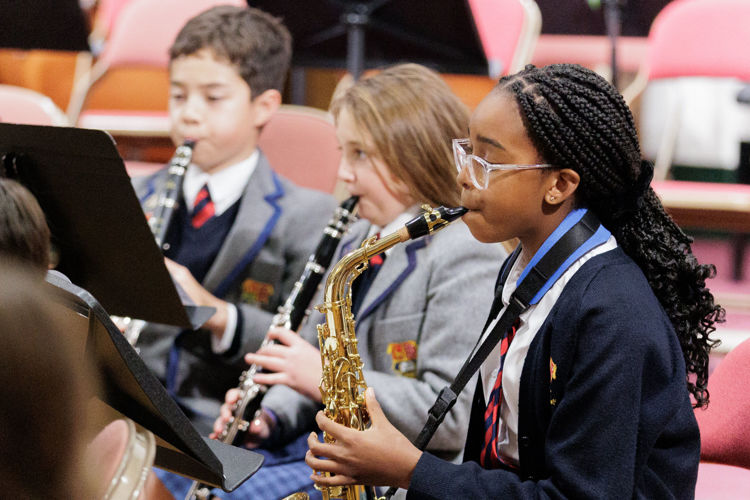 It has been a busy few weeks for our Prep and Senior School musicians, who have laid on three concerts since half term.

The first, the Choir and Singers' Concert on Thursday 11th November, included the Lower and Upper Third girls' and boys' Choir (the latter now wishing to be known as "A Chap-ella"!), as well as the Senior School Choir and Chamber Choir, alongside soloists who study with our two singing teachers. There were many highlights, including solos from Ed Bond who sang 'Strangers in the Night' with his trademark hand-in-pocket-rat-pack vibe, as well as some beautiful Mozart and Handel from Rosie Ahmed and Emily Harrison. Choral highlights were the Lower and Upper Third girls singing 'Pacem', the Senior Chamber Choir's 'Embraceable You', Lower and Upper Third boys' spirited rendition of 'You've Got a Friend in Me', and the concert finale by the senior choir with a stunning rendition of 'Shenandoah'. 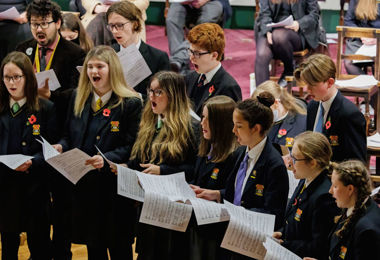 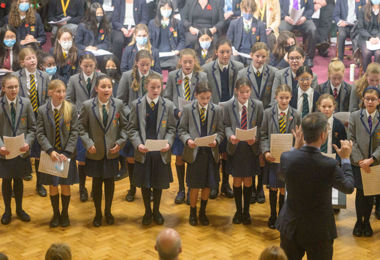 Hot on the heels of the choral concert, our Prep and Senior Ensembles showed off their talents the following week on Thursday 18th November. Highlights included the Prep School strings' 'Shut Up and Dance', the Senior Big Band playing Neal Hefti's 'Splanky', the Prep School band's funky rendition of 'Thriller', and the Senior Concert Band's crisp and rhythmic rendition of 'Critical Mass'. 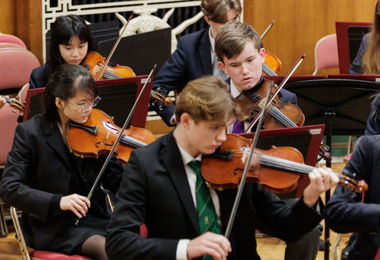 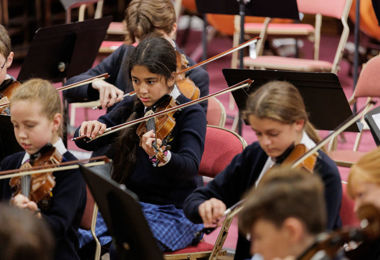 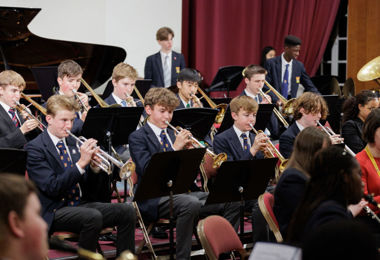 Finally on Monday 22nd November, pupils from Lower Third to Upper Sixth took part in a soloists' concert, with many using it as an opportunity to play an exam piece in public before the December ABRSM music exams. Again with 22 performances we can only mention a few of the brilliant solos. Jack Deeks sang a stunning 'Yesterday' while accompanying himself on acoustic guitar, Henry Evans played a funky 'Room 42' on the double bass (impressing with a variety of techniques!), Will Church played the 2nd movement of the Haydn trumpet concerto with exceptional lyricism, and Ed Campbell wrapped the whole thing up with a cheeky, and note perfect, rendition of the (very difficult) 'Lucy Long' on his bassoon.

In total more than 250 musicians were involved in these concerts - well done to every one of them!