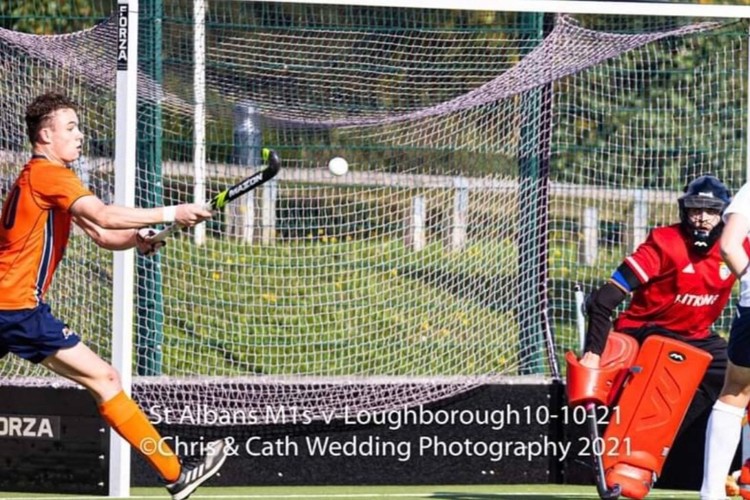 After taking part in the trials during the pre-season, Freddy was delighted to be selected and has so far been playing very successfully in his matches.

Having been playing hockey for the past 10-11 years, Freddy's passion for hockey was ignited at the College during his time in Lower Shell (Year 3). Realising that he had a love for the sport, Freddy continued his training throughout the years and as a Sports Scholar, receives a specialist training and nutritional programme to further develop his skills and technique.

As well as being selected for the St Alban's Men's 1st XI, Freddy regularly plays for the Old Loughtonians U18s team who participate in the annual national finals. Freddy commented, "[We] are usually very successful in this competition; third place previously". Freddy has also captained this team on multiple occasions.

On a mission to continue playing hockey in the future, Freddy is hoping to go to university next year and play top level hockey for both a university team and local nearby club.

We wish Freddy and the St Alban's Men's 1st XI team the best of luck in their next match this Saturday, 24th October, against the Cambridge University 1st XI.