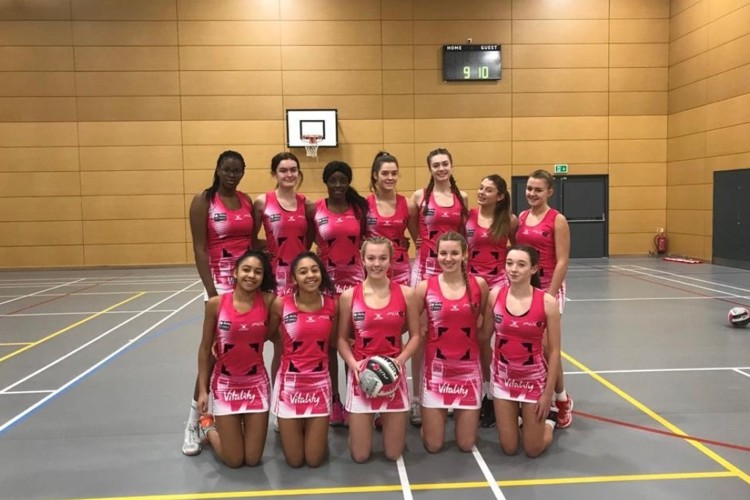 Lower Sixth student, Amelie A, had a very successful sporting weekend just before the end of term, not only making her U19 NPL debut for London Pulse Netball, but was also selected for the Ultimate Rugby 7s National Academy, and was put forward for the Hertfordshire U18 Girls’ County Rugby team alongside fellow pupil, Millie C.

Selected as one of 12 girls to travel to Surrey with London Pulse Netball to play in a semi-final against the Surrey Storm team, Amelie said she was “beyond happy” to have been selected and was “delighted” to have played in the last quarter of the match in the Goal Attack position. The team went on to secure the win, cementing their place in the final next month.

Later that evening, Amelie received a message congratulating her on being selected into the South Ultimate Rugby 7s National team, following her successful 4 hour trial the previous weekend. To top it all off, the next day Amelie’s Hertford Rugby Club Coach let her know that he wanted to put herself, and fellow College pupil, Millie C, forward for the Herts U18 Girls’ County Rugby team! Amelie commented, “Myself and Millie are so happy and owe it to Mr Storey, Mr Bashford and Mr Beukes who helped us find out love for the sport earlier in September, so thank you!”.

Congratulations to Amelie and Millie on these amazing achievements!