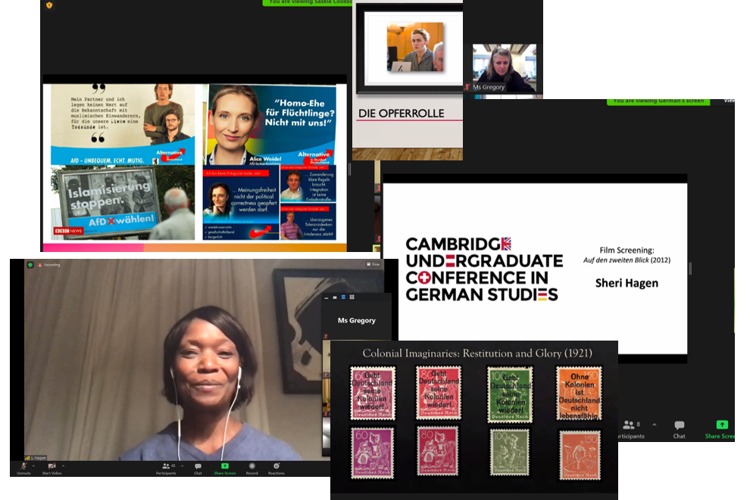 Over the weekend of 6th February, Sixth Form students were invited by the Cambridge German Studies Undergraduates to a conference titled, Interruption in the German Speaking World.

What is usually a one-day conference at Gonville and Caius College, this year the programme covered two days over Zoom. The range of the papers delivered by undergraduates from throughout the country ranged from topics including 'DDR-Witze: How the Humour of East Germans Broke Down Official Narratives' and 'The German Colonial Project: Interrupted?' A particular highlight of the conference was the screening of Sheri Hagen’s film ‘Auf den zweiten Blick’, followed by her talk with a Q & A session.

Here’s how Sixth Former Hannah B found the conference:

“I thought it was really interesting and some of the themes covered were much more current than I thought they would be. It was also interesting to hear how much of an impact translation may have on how people interpret German texts and made me realise it’s not all that different to how we analyse them in English. For me, the most memorable part was hearing the literature papers as it gave me an insight into the independence you’re allowed at university and how you get to be as creative as possible!”