To reinforce the message and the requirement for social distancing across the campus, before half term the Sixth Form Prefect Team was tasked by members of staff to think of ways this could be achieved, whilst also involving the pupil community. The brief required that the existing worn floor stencils be renewed or replaced and the College Community graphic device be included if possible. The pupils were also asked to consider where the messages were most important and needed to be seen. The Prefect Team suggested a 4th Form design competition with the winning design being made into the stencil.

After receiving a number of very high quality entries, the Prefect Team declared Nancy G’s design the winner. Nancy went above and beyond in her stencil design, not only meeting the requirements of the brief but also using her creative skills to ensure the design was universal and all-encompassing with the message of community at its heart. 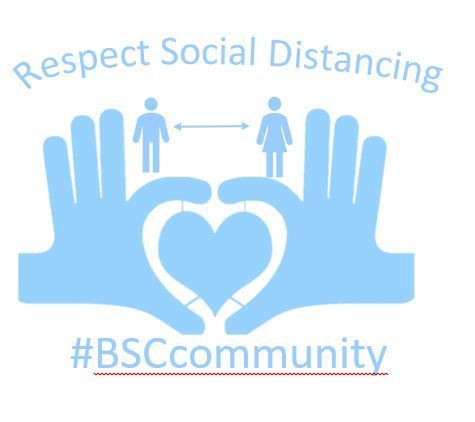 The stencil was manufactured over the half term break and upon their return, the Prefect Team worked with members of staff from the Marketing and Estates teams to devise an extensive list of locations for the stencil to be sprayed. List in hand, members of the Prefect team, along with Nancy, began spraying the stencil around the Senior School campus on Monday 23rd November. Locations include outside the Walter Strachan Art Centre, the Swimming Pool, Senior School Library, Sports Hall, Dining Hall and many more. Over the next couple of weeks, the team will continue to spray the stencil in various other locations, and will work with the Pre-Prep and Prep Schools to figure out the best locations for the stencil in their respective College sections. 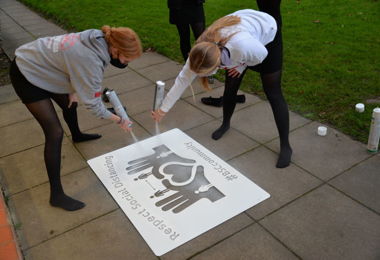 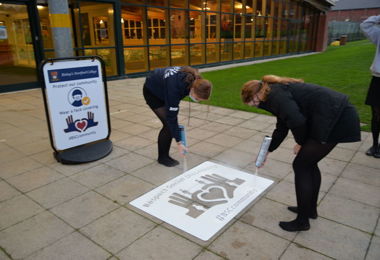 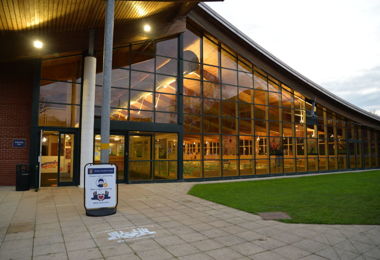