During the first half of term, the 4th Form girls, in their year group bubble, took it in turns to choose a theme and present it to the rest of the year group in their weekly House assemblies. 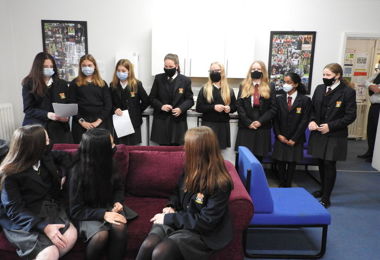 Young House girls kick started the process and chose to talk about the topic of Christmas. At the time of their presentation, there were only 94 days left until the Festive celebration. As well as asking everyone to think about and share their ideas on their favourite things about Christmas, the girls devised an entertaining Christmas-themed quiz for the rest of the 4th Form girls to complete. 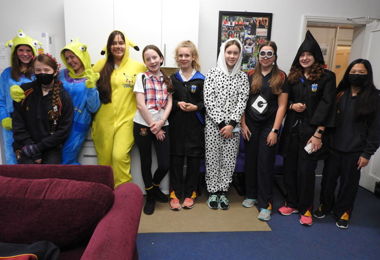 Next up was Tee House who delivered an enthusiastic assembly all about movies. The girls dressed up as their favourite movie characters and after an introduction about music in films, the rest of the 4th Form girls were challenged to a movie quiz. After hearing a snippet of a song from a film, the girls had to guess both the name of the song and the film in which it features. The Benson House girls proved themselves to be true movie buffs by scoring an impressive 19 out of 20 points. 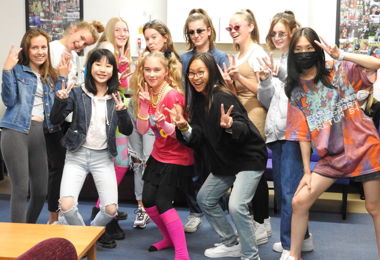 Trotman House took the rest of the 4th Form girls on a tour of fashion and music through the decades for their House assembly, starting with the 80s and going up to the current day. It was clear the girls had put a lot of effort into researching and planning their ideas, recreating costumes and even learning dance moves. Each decade came with an explanation of the fashion trends at the time and made for a very lively and engaging assembly. 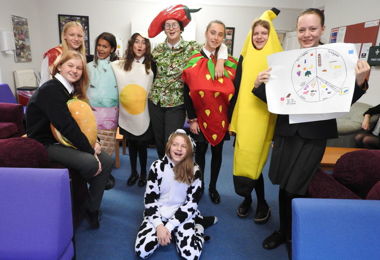 Food and nutrition were on the menu for the Benson House 4th Form girls’ weekly assembly and as well as dressing up in some superb food costumes, the girls presented some very interesting facts to their peers which was then followed up with a quiz. Questions included, ‘What is the smallest food group needed in a balanced diet?’, ‘What is Britain’s most popular meat meal?’ and ‘What percentage of a watermelon is water?’ 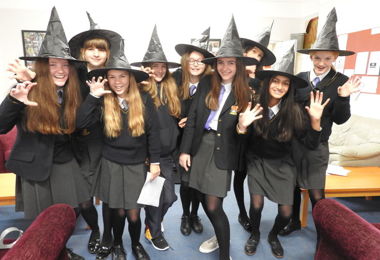 Lastly, it was the turn of Alliott House to present their chosen theme of Halloween in the final House assembly before half term. The girls did an excellent job of discussing the history and origins of Halloween, presenting some very thought-provoking facts and ended on a high with a best wrapped mummy competition.

Well done to all the 4th Form girls for a superb series of House assemblies!