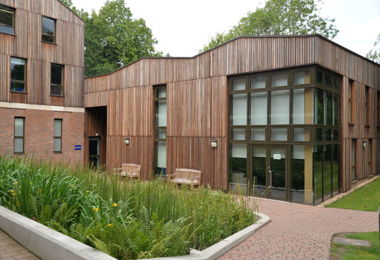 Welcome to Collett House, the youngest of the Boys’ Day Houses, opening in 1997. We are named after the Collett family who sent nine sons to the College around the turn and early part of the 20th Century. In fact, one of their descendants, Peter Collett, is still heavily involved with the OS Society and  Peter’s grandson, Max, was a Collett House pupil until he left after taking his A Levels.

In Collett, morning and afternoon school sessions begin with House registration and notices. Twice a week, on a Wednesday and Saturday, there are House Assemblies led by the pupils which can be musical, a quiz, a debate or a themed event.

All Collettians are under the pastoral care of the Housemistress and an Academic Tutor. In addition, senior boys act as monitors for the year groups and provide an initial point of contact for any difficulties that may arise.

Each year group has its own room where the boys can store their books and belongings and chill with their peers. The majority of their time is spent in the main common room where all the year groups mix and engage in competing against each other in pool, table football or table tennis. These activities are often accompanied by toast from the kitchen toasters, hot food from the microwave or a hot drink. Down-time can also be spent watching TV, DVDs or, for those with a burning desire to succeed, in the study room working.

Collettians come in all shapes, sizes and abilities. Each boy is treated as an individual and allowed to discover and develop his own particular skills within the House. Collett can boast large numbers of sportsmen, musicians, academics and actors within the House.

However, being a Collettian encompasses more than academia and activities; we place values on friendships and community and, above all, work as a team and have pride in ourselves.

Collett House is an exciting place to be in.
To be a Collettian is a challenging but rewarding experience.