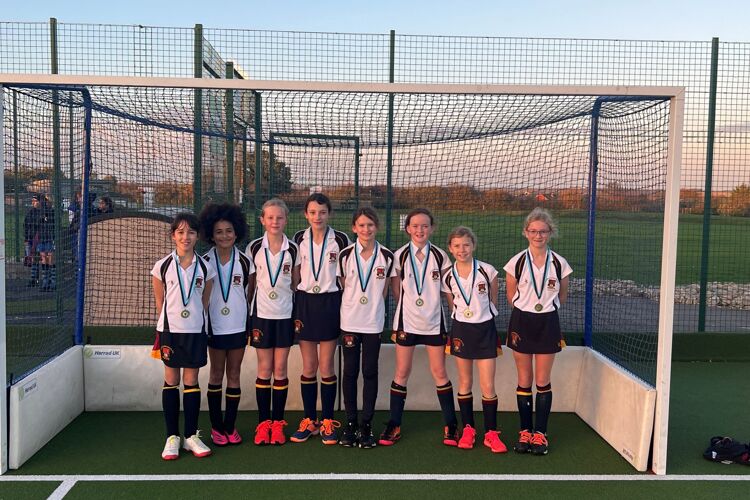 Bishop’s Stortford College U11s girls’ hockey team will be representing Hertfordshire in the East Regional Finals on Friday 18th November at Gresham’s School in Norfolk, after being crowned Hertfordshire Hockey Champions this week.

In a hard-fought tournament at Blueharts Hockey Club in Hitchin on Wednesday, the victorious U11s team drew 0-0 with Heath Mount, before beating Kingshott School 11-0.  In their final match, they faced Beechwood Park School, coming away with a 5-0 win.

Commenting on their achievements, Head of Hockey at Bishop’s Stortford College, Nick Prowse said,” I am delighted the outstanding hockey displayed by the Bishop’s Stortford College U11s girls has resulted in them being crowned Hertfordshire County Hockey Champions. It was an enthralling tournament which saw some tense matches, but two wins and a draw saw them victorious and on route to representing Hertfordshire in the East Regional Finals next week”.