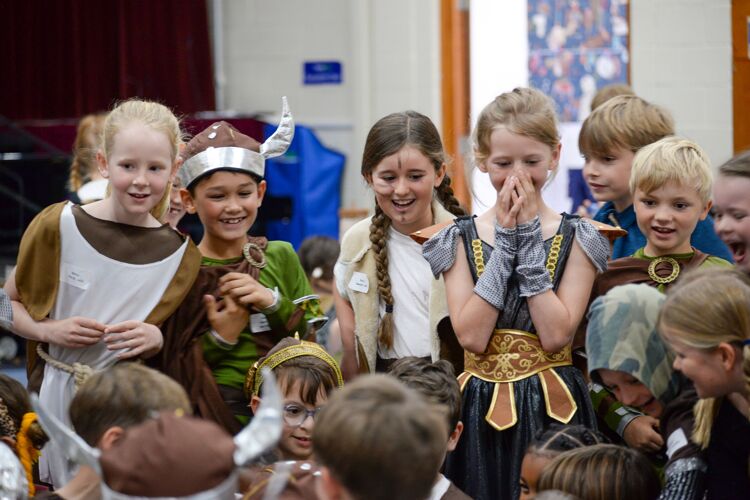 On Tuesday 21st June, Vikings conquered Prep School Hall! Lower Shell pupils travelled back in time to the year 878AD and became part of a Viking settlement on English shores.

During their stay, the 'Vikings' learned many skills such as weaving, pottery, creating ink, writing runes, learned cures for various ailments, made wax candles and more. These hands-on activities were interwoven with essential battle training worthy only of the fiercest Viking warriors. Although the 'Vikings' were defeated by their superior Saxon adversaries, their commitment and dedicated to the Viking cause earned them a special place in Valhalla. 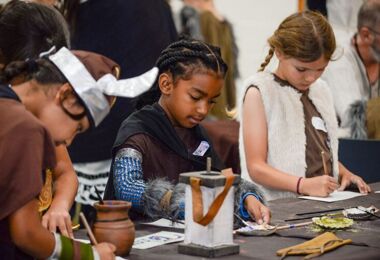 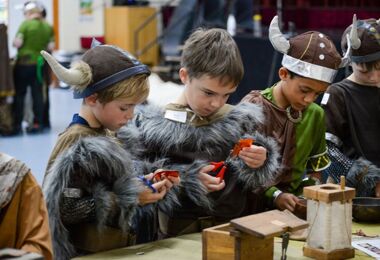 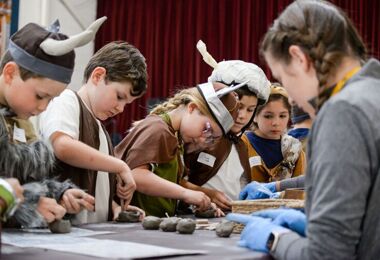 An archaeological dig took place in the afternoon, with the 'Vikings' delving into the mud with precision, care and special brushes. They managed to uncover a variety of artefacts, and pieced together the links between them which suggested where they may have originally come from and to whom they belonged. 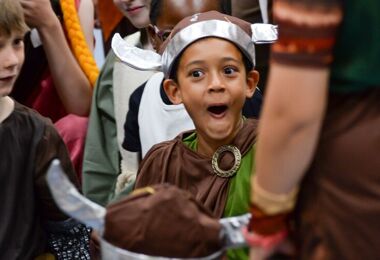 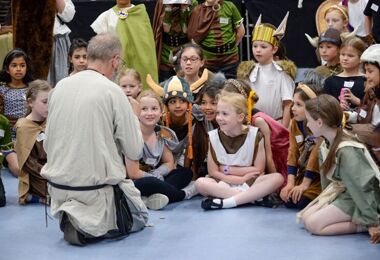 Once again on a day of high-excitement and engagement, the pupils behaved wonderfully well and fully immersed themselves in the era of the Vikings. It was a brilliant day that the pupils will remember for years to come.