Out of this World Shell Play! 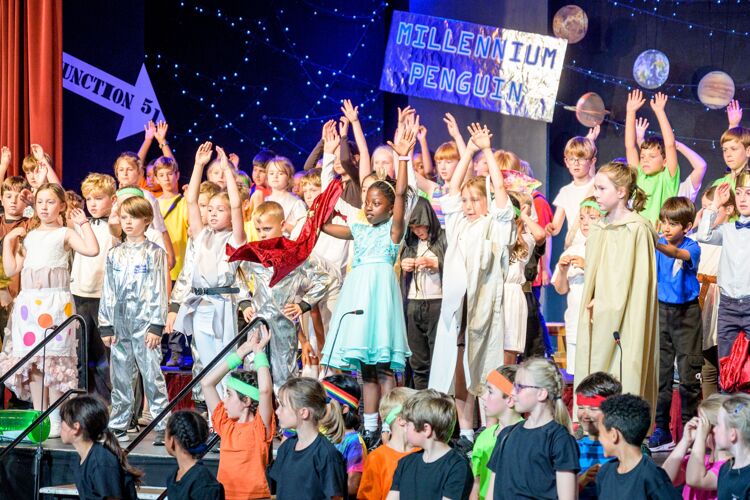 'Star Warts, The Umpire Strikes Back!'

On Friday 10th June and Saturday 11th June, Shell put on a spectacular space-themed play, 'Star Warts - The Umpire Strikes Back'. Luke Warmwater, ably assisted by Daft Ada, Yoga and Toby Wonkynosebleed set out to defeat the evil Umpire. With some superb acting on show, Mrs Neville and Mrs Stacey will have earmarked plenty of potential pupils who may have starring roles in forthcoming College productions.

Lines were remembered on cue, comedy punchlines were delivered with polish, the dancing was divine and the singing raised the roof! The three solo singers also performed confidently and with superb assurance. The two shows were wonderful occasions with the pupils rightly receiving rapturous applause at the end of each performance. A huge well done to the pupils for working so very hard to learn their lines and song words.