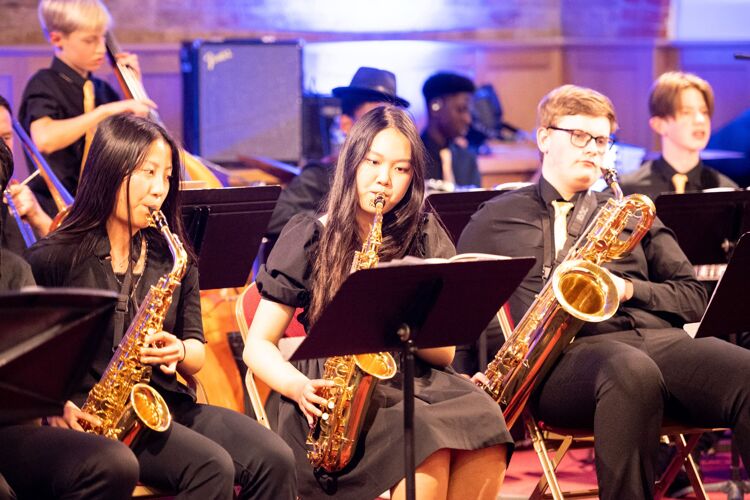 On Friday 6th May, the Ferguson Lecture Theatre became a jazz style cafe for the evening as the College's annual Big Band Concert was revived after a two year hiatus.

In what is always an enjoyable evening of music, Jazz musicians from the Third Form to the Sixth Form showcased their musical talents to entertain peers, staff, family and governors. The concert presented a wide programme of well known hits including two Basie classics, ‘Splanky’ and ‘April in Paris’, to Fusion numbers such as Josef Zawinul’s epic ‘Birdland’ and AWB’s ‘Pick up the Pieces’. 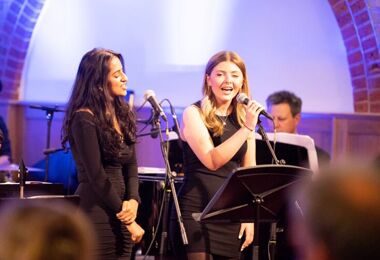 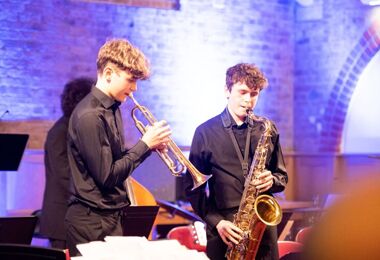 A range of vocal numbers were also performed alongside the band which were all well-received by the audience.

Well done to all involved, the College community is already looking forward to next year's concert!