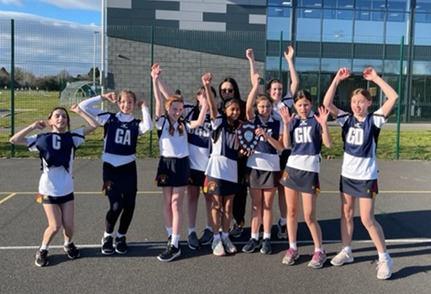 Easing through their group stage and winning all of their matches against Joyce Frankland, Hockerill and St Mary's, the team went into their first semi-final match against Herts & Essex with confidence in their ability, which allowed them to settle into playing their own strong game.

Although the loud support for the Herts & Essex team was a little unsettling for the girls, they held onto their lead and won their match, 3-2. Up against Saffron Walden in the final, the girls played their own game, showed excellent skill and teamwork and some accurate shooting allowed them to pull ahead and win the match 7-4, crowning them District Champions and bringing home the Plate. 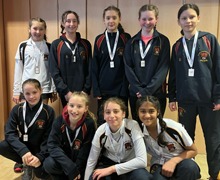 The U12A team also played some outstanding netball during the recent IAPS competition, leading to a third place well-deserved achievement that the girls should all be very proud of.