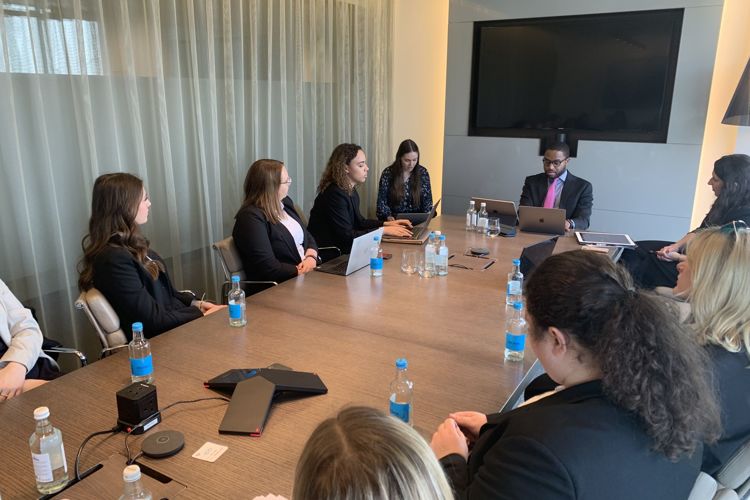 Following on from the first stage of the competition, on Monday 21st March the group took a trip to London to experience a mock trial at 4PB, one of the UK’s largest chambers of family law barristers.

Charlie and Ella, the finalists, battled it out for their 'clients' working with Rayden’s senior solicitors, who guided them on presenting their cases, opening arguments, cross examination and closing arguments. A barrister was assigned to act for each side and a third barrister played the part of the ‘judge’ who delivered his verdict on the case.

Rayden commented, "Both students displayed a calm and thoughtful demeanour, and both had clearly prepared significantly for the day." 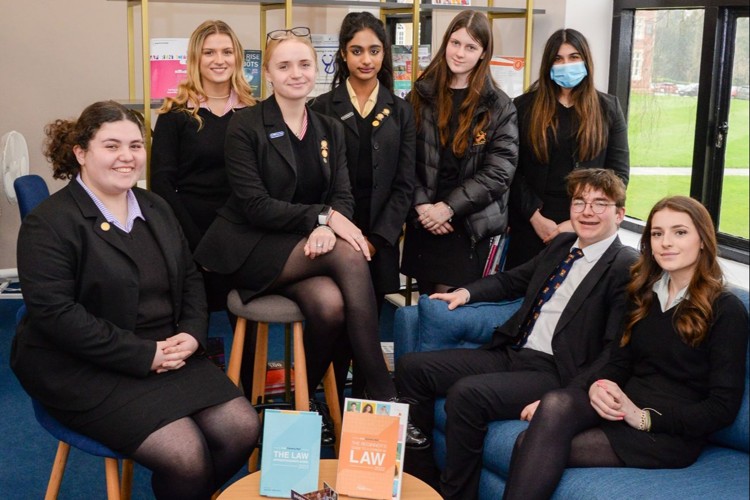 Led by the Higher Education & Careers Department in conjunction with local law firm, Rayden Solicitors, students were invited to enter a competition in which the first stage saw entrants write up how they thought a particular family law case should/could be resolved.

Lower Sixth students, Charlie P and Ella H, were selected by Rayden as the winners of the first stage of the competition, but all entrants were offered the opportunity to visit the London Barrister's Chambers. Charlie and Ella will now go on to battle it out in the mock trial due to take place in London on Monday 21st March, observed by their peers.

Charlie and Ella will work alongside Rayden's Senior Solicitors and Barristers who will guide them on presenting their cases, opening arguments, cross examination and closing arguments. A ‘judge’ will deliver their verdict and the student with the most compelling all-round performance will be offered a week’s work experience at Rayden Solicitors, a leading specialist family law firm.

Commenting on how impressed they were by the entries, Rayden said, "...the standard of entries was incredibly high and our team have been genuinely very impressed by how all the students ‘argued’ their case. Various comments about all the entries included the following:

·   Good knowledge, clear and considered; and

· Good use of information, clear and demonstrated good knowledge and understanding."

Well done to all who entered the competition and congratulations to Ella and Charlie who were selected as the winners of this stage!