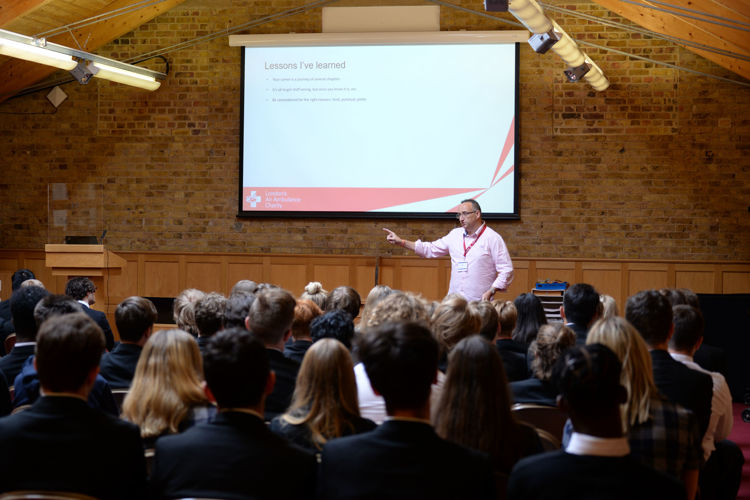 On Wednesday 30th June, as part of their activities’ week, Lower Sixth students considered the future and how they can help it in a session led by Old Stortfordian, and current CEO of London’s Air Ambulance, Jonathan Jenkins (MJH, HH, 81-88). Jonathan has over 15 years’ experience in fundraising for SMEs from his city career, which included time at a UK merchant bank, and culminated in his role as managing director of Plus Markets, a stock exchange created by his family to enable access to capital for smaller companies.

Starting off their day, Jonathan spoke to the Lower Sixth about his own career journey to becoming London Air Ambulance CEO in April 2017 after his move from the world of finance to the charity sector, why he made this decision and the skills he needed to be successful in this. 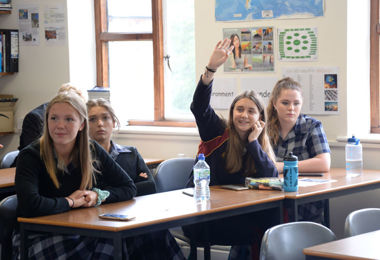 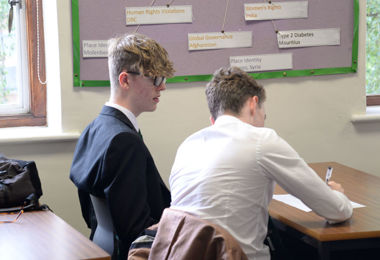 Following Jonathan’s incredibly insightful talk, students participated in a carousel of lessons, each exploring a different aspect of thinking about the future and lifelong skills. Sessions included ‘How Do You Prepare For a Changing World?’, where students considered the top 50 problems academics think the world will face in the future, ‘How Can You Give Back Locally?’, ‘What Skills Make You Successful?’ and ‘Do We Have a Duty to Give Back Nationally and Globally?’