Pupils Take A Bite Out of Maths Feast 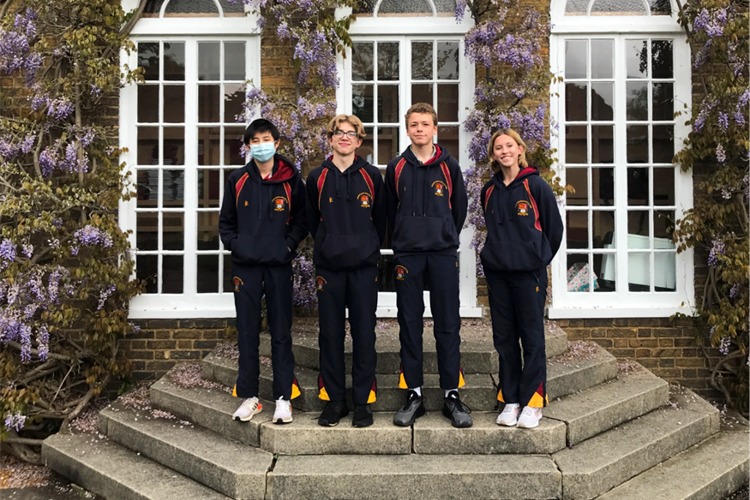 On 22nd April two teams, each comprising of four Lower Fifth pupils, took part in the ‘Maths Feast’, pitting their brains against 21 other teams from other schools via Zoom.

Prior to the competition, teams were decided based on their results from the recent UKMT Intermediate Maths Challenge and eventually finalised by drawing names out of a hat. Once selected, the College was represented by two groups - Team ‘Yes’ and Team ‘Amigos’ – who both took part in 4 different rounds.

The rounds began with a stimulating first exercise in which similar questions were answered in pairs amongst the teams and then each team combined their efforts to reach the final answer. The second round was a more difficult, collaborative challenge involving encrypted text which had to be completely decoded in order to read as full sentences. Following on, the third round consisted of several seemingly harmless, yet potent questions, based around the year of 2021, requiring both problem-solving skills and persistence. The final round incorporated skills from each of the previous sections in a merry-go-round fashion, which meant each individual on a team would work on questions on their own for three minutes before passing it onto the next person in a test of mathematical ability and teamwork.

By the end of the morning activities Team ‘Yes’ and Team ‘Amigos’ both managed to do exceptionally well. Both teams put in impressive performances, achieving 2nd and 3rd places respectively. Congratulations!