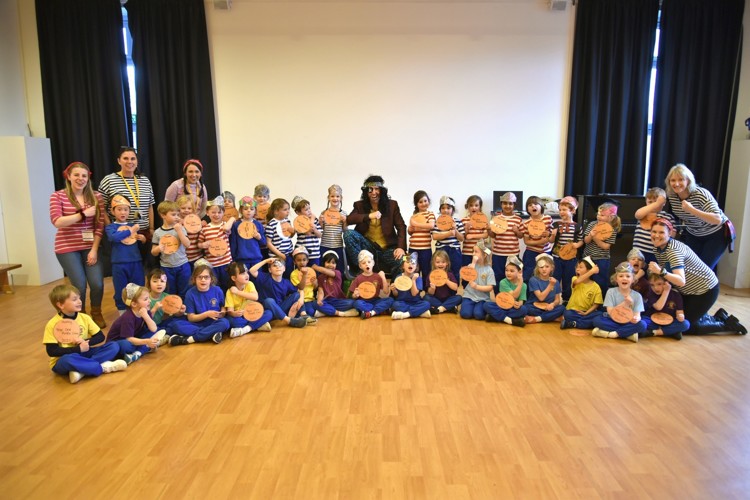 Year 1 enjoyed a swashbuckling Pirate Day last Thursday which began with an ‘Aarrr-mazing’ assembly led by the Hedgehogs class, who shared how to walk and talk just like a pirate in preparation for the day ahead.

All hands were on deck when the pupils joined together in their scally-wag crews to play pirate-themed games including pin the eye patch on the pirate as well as crafting pirate-themed items. Special homemade lunches consisted of frankfurter octopuses, crab satsumas, sandwiches shaped as pirate faces and even a treasure chest made from Rice Krispies. 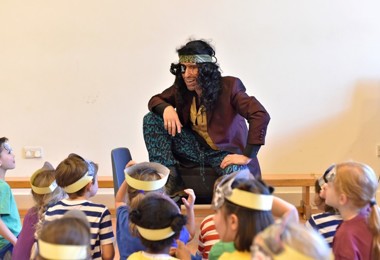 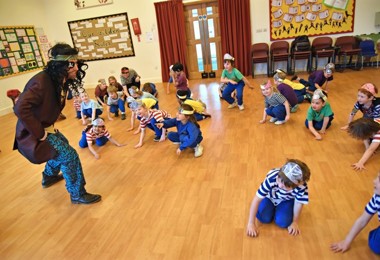 A special visit from a renowned pirate, who came ashore especially for the pupils to share his pirate jokes and sea-shanty tales, ended a fantastic day of fun and learning.