During our 150th Anniversary year, the lecture series focused on the theme of Looking to the Future, addressing global issues such as the finite planet, food security, moral and ethical issues, the UK after Brexit and prospects for the English language. This special anniversary series concluded on Wednesday 15th May with a look at The Future of Gender, in a thought-provoking talk by futurist Tracey Follows and media executive Anna Hickey.

The next Ferguson Lecture will likely take place in September, details will be confirmed nearer the time. 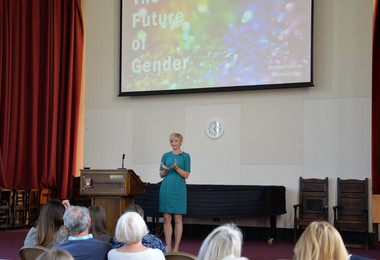 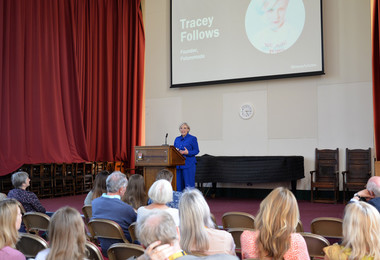 The final lecture in this year's series featured futurist Tracey Follows, the founder of Futuremade whose clients include Google, Virgin and Diageo, who gave a thought-provoking talk on the Future of Gender. Introduced by Wavemaker Chief Operating Officer Anna Hickey, Tracey talked about the future of gender in a world that will increasingly be influenced by robotics and artificial intelligence. 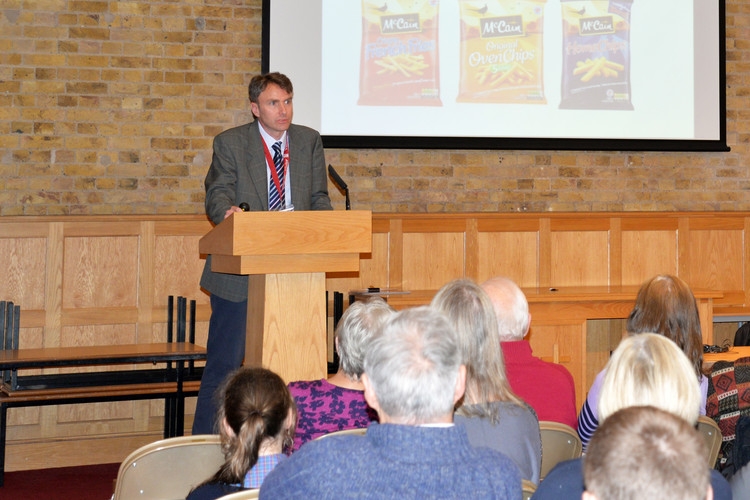 The Future of English, Once a Powerful Tool in Communications, Diplomacy and Politics 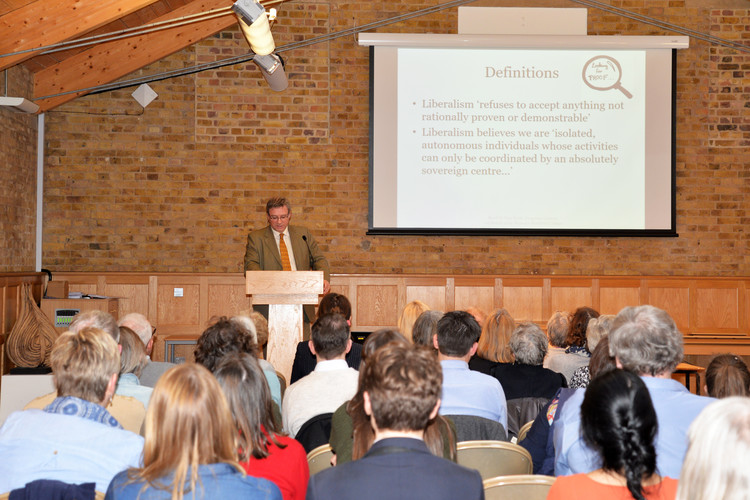 Sam Wells, Vicar of St Martin-in-the-Fields, gave a Ferguson Lecture on Wednesday 20th March, titled What Will Guide Our Moral Compass in a Secular Age? Mr Birchall, who organises the Ferguson Lectures, described the talk as "scholarly, yet accessible, analysis of the need for humans to consider what ethics and respect mean to them in the life they lead in the 21st Century. There never has been a 'golden age', and there never will be, but that should increase our desire to look to others, engage, release potential and build bridges between all humanity.

Sam Wells gave a simple example to illustrate this: at the Homeless Centre, which forms part of St. Martin's, they take 'customers' out to the countryside. Last year the party noted a pregnant sheep in labour - the farmer was struggling to help - when a young African male who was part of the group, jumped over the fence and assisted. The lamb was born successfully. The young man was a qualified doctor, but from a country where, as a gay man, he was not encouraged to engage with his fellow citizens. Today, he is a junior doctor in the NHS. So the message is to listen, assist and move from being simply self-focused. You can often catch Sam Wells speaking on Thought for the Day on Wednesday mornings. 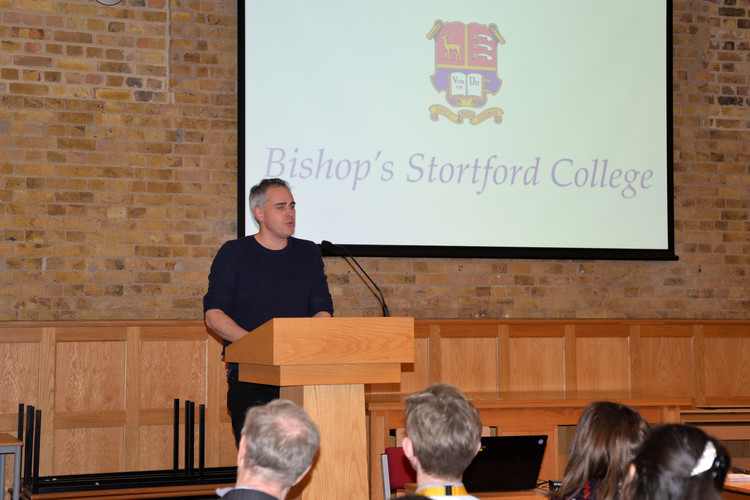 Jonathan Bartley, Co-Leader of the Green Party, gave a stimulating and thoughtful talk about How Sustainable Ways of Life Will Change the Way We Live on Wednesday 13th March. There were some great questions asked during the Q & A session at the end, including from a 9-year-old pupil - so this was a talk that spoke to all generations.  The feedback below illustrates this:

"What an interesting and thoughtful speech last night. Whether I agreed with what he said or not, was immaterial for me as it introduced (my daughter) to a different world of thoughts and ideas which is what these lectures are for. For the first time ever she wanted to talk politics all the way home and seemed really engaged with what he had to say.  It was just amazing to hear her talk in such an interested way about the challenges that her generation will have to face and she is now desperate to come next week.  Can I just thank you for giving her, and me, the opportunity to hear form someone who raised such important questions and issues and stimulated debate....It is heartening to think our young people will hopefully have the strength of character to make changes for the better, whatever they may be." 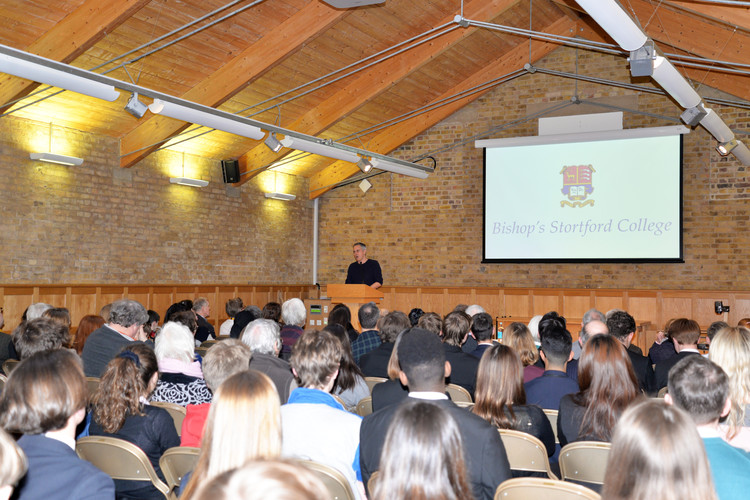 "We both thought that last night was a fantastic insight into how it could be all so very different with a huge shift in modern day politics.  We are so glad we came, thanks for organising the whole thing." 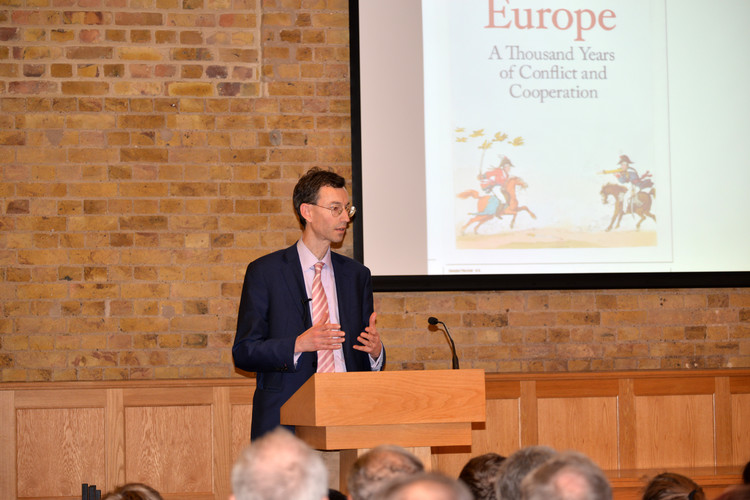 Brendan Simms, Professor of the History of International Relations at Peterhouse College, Cambridge, spoke about The UK Post Brexit in his Ferguson Lecture on Thursday 7th March. An expert on Britain's relationship with Europe through the ages, Brendan Simms gave a fascinating insight into the historical and geo-political context of the issues surrounding Brexit.

A number of Prep and Senior School pupils attended the talk, with one father commenting, "Harry told me that he really enjoyed yesterday's talk. He said that although he did not quite fully understand all of the topics covered, it made him think and he understood quite a bit of what was discussed. Thanks for organising and inviting him along". 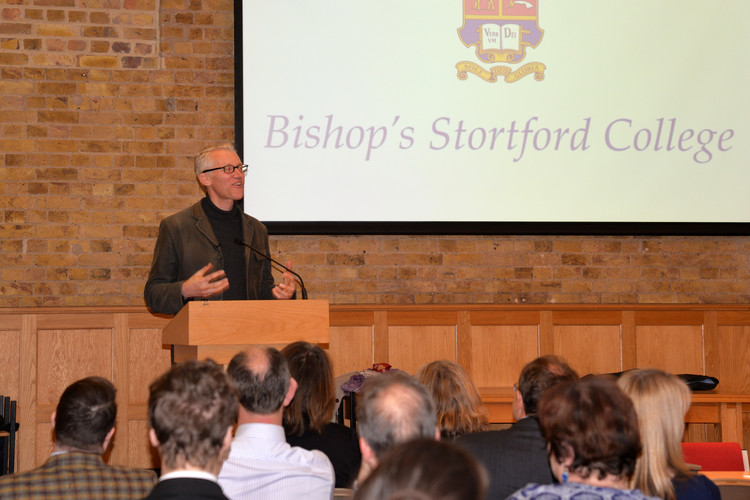 How Did We Arrive Where We Are? A brief analysis of the last 150 years

Writer, historian and Radio 4 Making History presenter Tom Holland explored the role that both religion and atheism have played in shaping events of the past 150 years in a fascinating talk titled, Nietzshe and Tolkien in the Trenches.