On Monday 18th November the Prep School celebrated the musical talent of the pupils in the Upper and Lower 3rd with a wonderful concert, featuring 43 individual performancesl. It was a memorable evening of music, showcasing many talented instrumentalist and vocalists. 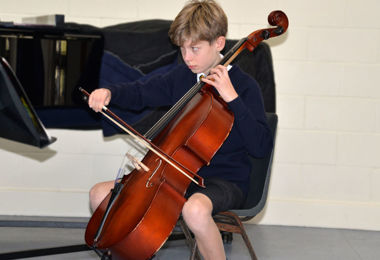 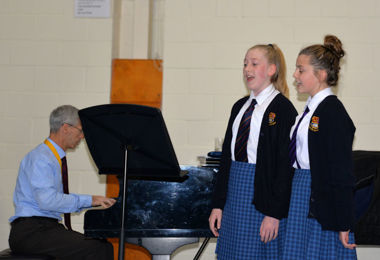 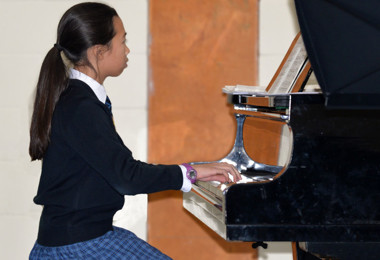 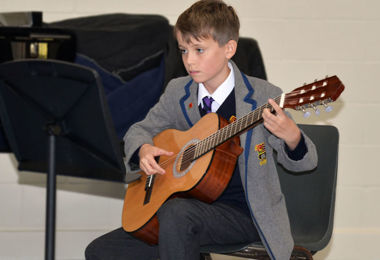 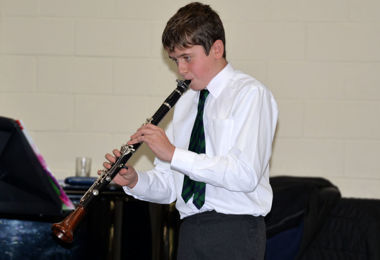 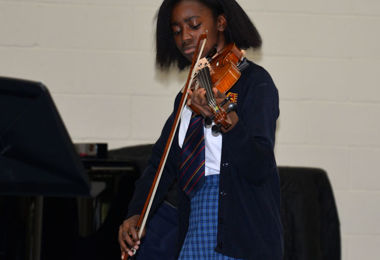 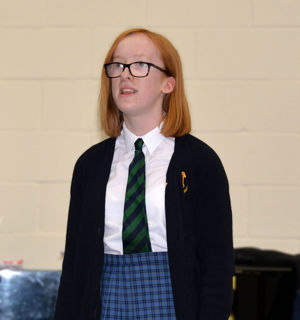 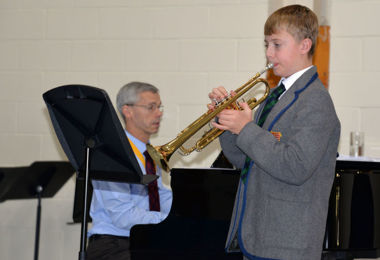 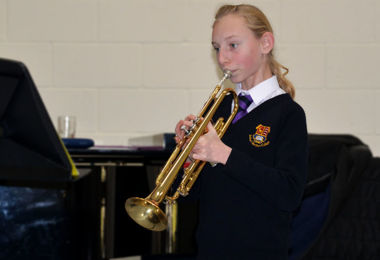 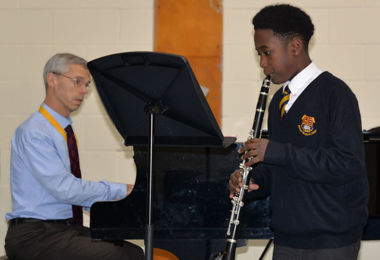 The recital began with a vibrant fanfare, Millennial March, by the Trumpet Ensemble, performed with plenty of energy and rhythmic precision. Other memorable performances from trumpet players came from Neve L, playing Hot Chilli, Jamie H with his moving rendition of Amazing Grace and William C performing Chanson Bohème from the opera Carmen. We also had the opportunity to listen to many other brass instruments, with lovely performances on the French horn by Oliver F and Annabel S as well as Henry K on the trombone.

Even though we recently held the St Cecilia's Day Concert, which is dedicated entirely to vocal music, this concert also included many notable singing performances. Lottie K and Olivia T sang a duet from the musical Wicked, while Rebecca T and Olivia S performed the mysterious A Winter’s Spell by John Williams from the movie Harry Potter and the Prisoner of Azkaban. Emily S sung beautifully If Only you Would Listen by Andrew Lloyd-Webber and Rosie A very bravely performed without piano accompaniment the traditional song Shenandoah.

The piano always features prominently in most of our concerts and this was no exception here with delightful performances from Hannah S, Imogen P, Catherine W and Joshua H. Special mention should go to Ishani M and her incredible performance of Elfin Round, a short virtuoso piece that tested Ishani’s finger dexterity and acrobatic keyboard abilities. Another standout performance was that of Fred B, who once again demonstrated beautiful tonal control of the clarinet in his memorable interpretation of Scherzo by William Hurlstone.

Many thanks to all the performers and also to Mrs Gould and Mr Arkell for all their hard work preparing and accompanying many of the players.