Both our U16 and U18 boys indoor hockey teams are celebrating after gaining places in the East Finals this week.

The matches, held at  Aldenham School on Tuesday 19th and Thursday 21st November, pitched both teams against some tough opposition as the best indoor hockey teams in Hertfordshire fought for a place in the regional finals. On Tuesday the U18s scored 16 goals and conceded 3 whilst on the Thursday the U16s scored 17 and conceded 4 goals to triumph in their respective age groups.

This is the first time, both College teams have made it through the East Finals which will be held on 1st and 8th December at UEA, Norwich

Congratulations to both teams and their coach, Mr Brooks. 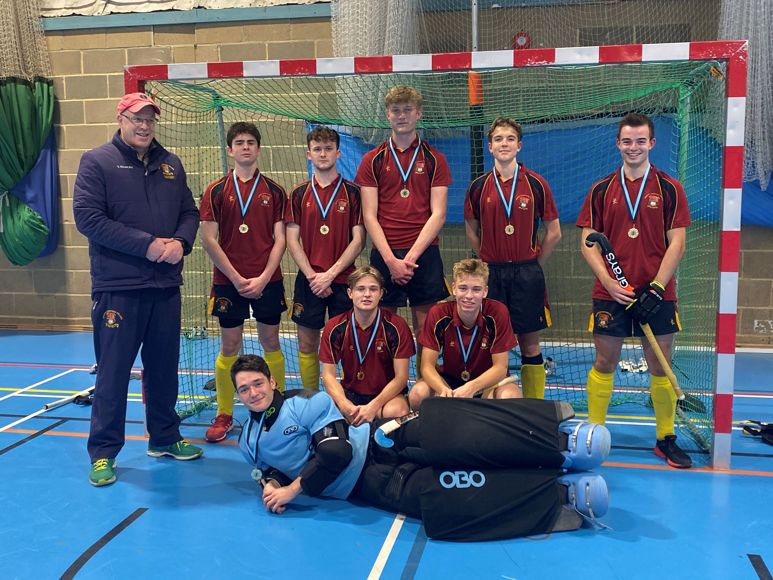 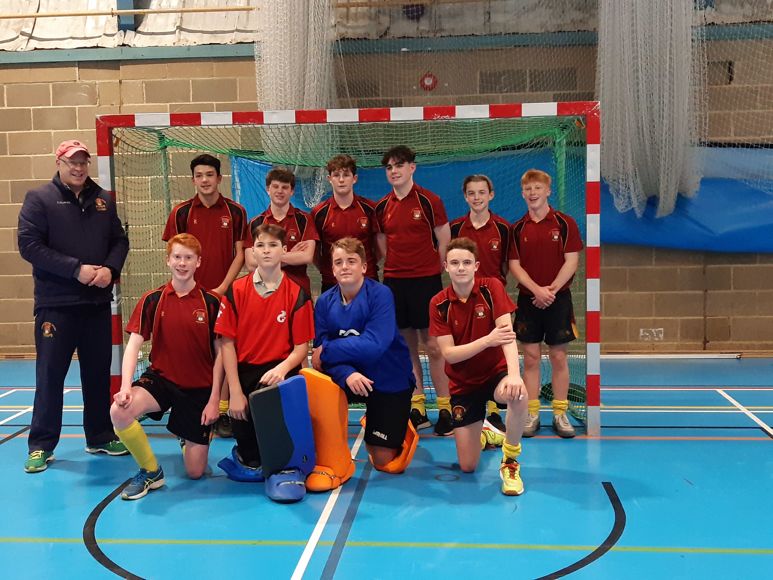 This was a highly disciplined performance by the boys in which they dominated all the games structurally. Ball speed was good, short corner routines well-grooved and team spirit and effort, as exemplary as ever.

In the first match against Merchant Taylors' the press exerted by Dan E, Josh B and Tom S was key in winning turnovers which led to short corners well converted by Ben B and Dan E. Ben B, Jamie M, Jared B and Joe P were excellent at the back throughout and 3-1 was a slightly flattering result to MTs, after we failed to convert a number of open play chances.

The second game against Watford was very similar and once again a good press, tight marking and good disciplined play was vital. Henry M and Tom S’s short corner routine was outstanding and Henry’s defence with Josh off the pitch was also very good. The highlight of the match was a super diving stick save by keeper Josh C S which saved a certain goal early in the game. Against Aldenham the whole team played well, and good all-round teamwork was helped particularly by the excellent movement from Alex B-S who instinctively finds just the right available space to help our attacks progress. The final game against John Warner was tightly controlled by the boys and they limited them to a very small number of chances.

Overall, it was a good start to this year’s campaign to get to the Nationals and the boys are looking forward to UEA on Sunday 1st December.

This was another highly disciplined performance by a College team in which they dominated all the games structurally.  In goal Ed S and Max S made short work of any chances created and they were backed up admirably by Alex J, Tom P and Will B who stayed low, passed very sensibly and defended beautifully.  In midfield Freddie C provided the spark and pace to link the backs and forwards and up front Josh O C, Charlie E, Tom E, Oli H-L worked hard to defend and moved into space nicely.  Josh managed to score 2 hat tricks, whilst Charlie not only defended the boards well but also scored 5 goals.  Freddie scored some timely solo goals as well as vital short corner specials.

Overall, it was a good start to this year’s campaign to get to the Nationals and the boys are looking forward to matching the U18s at UEA on the 8th of December.