Ensembles Concert Pulls Out All the Stops 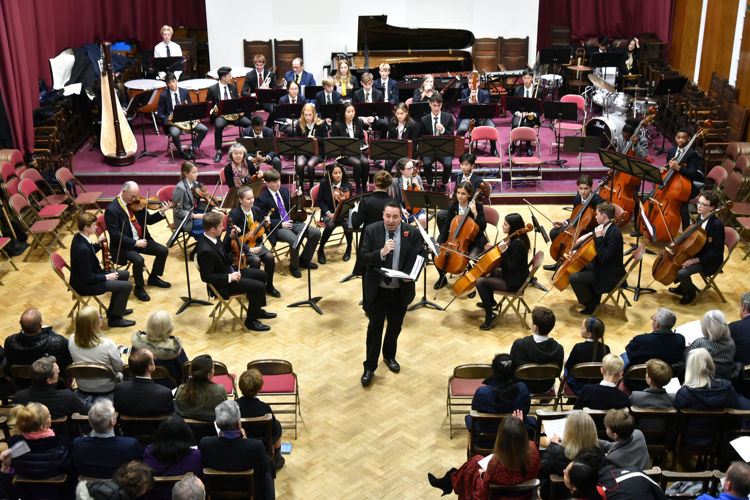 The annual Autumn Ensembles Concert was performed on Thursday 14th November in the Memorial Hall and, in a small break with tradition, was also open to ensembles in the Prep School. The result was a wonderful combination of musicians from across the Prep School and Senior School, with the younger ensembles playing alongside their older counterparts. 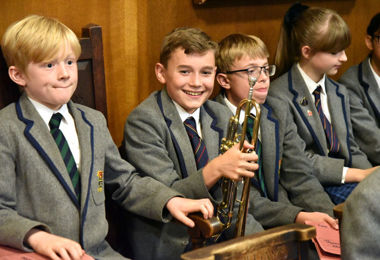 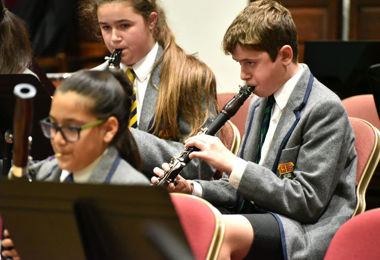 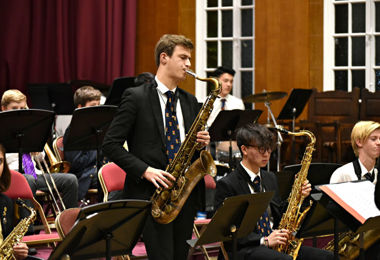 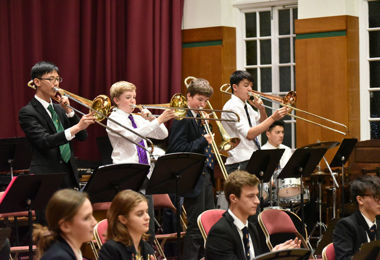 Two impressive ensembles, the Senior School Orchestra and Concert Band, were both in fine form on Thursday night. The Band played two substantial works, including Counterbalance by Todd Salter, an exciting composition that was played with great rhythmic drive and precision. The Disney medley that followed was a technically demanding piece featuring some of the best tunes from classic Disney tunes of the pre-digital era. The orchestra began by playing Basse Danse from the Capriol Suite by Peter Warlock, which acted as a good warm-up for the virtuosic and exciting Dance of the Nobles by Rimsky-Korsakov. Special mention here must go to the brass players in the orchestra for the splendid and majestic fanfares played with masterful brilliance. 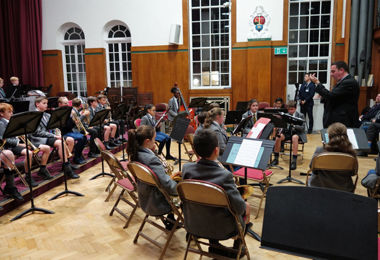 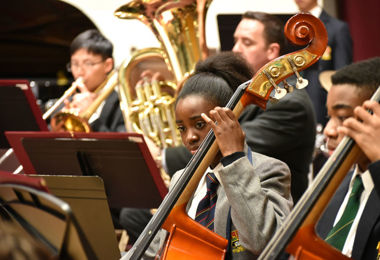 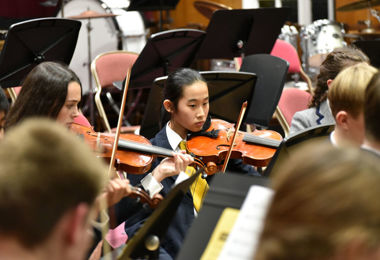 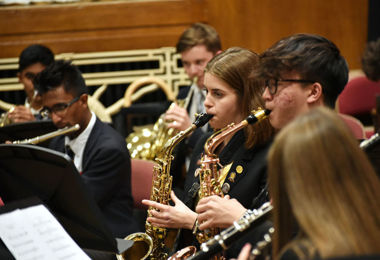 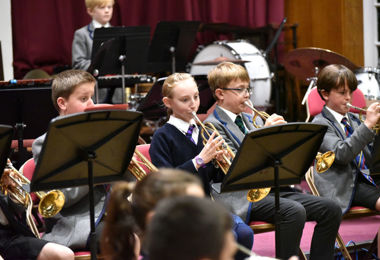 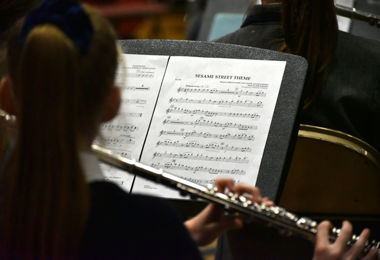 The smallest group of the evening was the Guitar Ensemble comprised of Charlie H, Anish M, Ishani M and Charlie H. They dedicated their very moving performance of the famous Cavatina by Stanley Myres to their teacher Mr Ian Kelleher, who has been unwell this term.

The Senior Strings performed another piece from Handel’s Water music, Hornpipe and a great arrangement of Mack the Knife from the Threepenny Opera by Kurt Weill. The evening concluded with the Big Band that swung their way with their customary flair through Splanky and Hot Toddy.