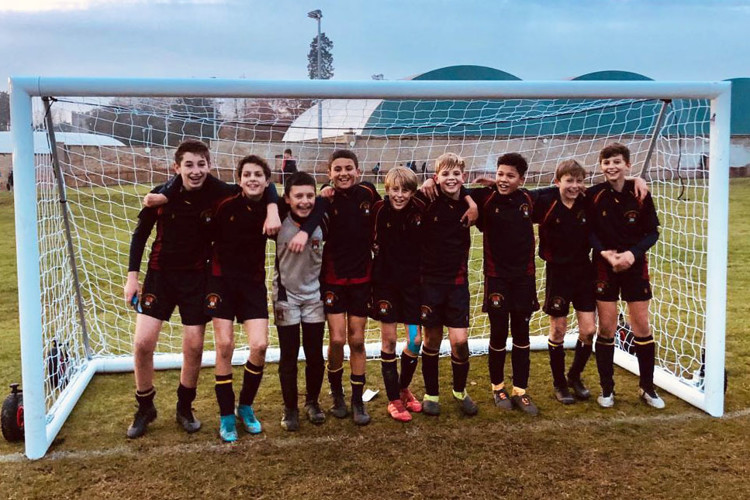 The Bishop’s Stortford College U13 Boys’ Football team have become U13 IAPS National Football Champions for the first time in the history of the College.

With their first four matches resulting in two wins, one draw and one loss, the boys needed to win their final group game against St Neot’s Preparatory School to progress into the quarter finals. Fortunately, the boys were not ready to concede defeat and won their final group match convincingly, with Miles L-T scoring two goals and Jake B one.

In their quarter final the College boys faced Twyford. The victory from their previous game spurred the team on and they won the match 2-0, making it into the semi-finals.

However, this match was the toughest of them all. Up against Hall Grove; a combination of brilliant goalkeeping and outstanding defensive work kept the game level at 0-0, resulting in a penalty shootout. Goalkeeper Ollie F saved two penalties whilst his teammates Elijah U, Jake B and Samuel C booted their goals home past the Hall Grove keeper. With a final score of 3-2, the College team was through to the final.

Despite feeling the fatigue of playing 7 matches, the boys were determined to give it their all in the final against Cranleigh. The team dominated the early stages of the match with a goal from Elijah U that opened up the chance to win the tournament. The team defended tremendously well, resolute in holding onto their 1-0 lead. After what felt like an incredibly long match, the final whistle blew and the boys were deservedly crowned the U13 IAPS National Football Champions. 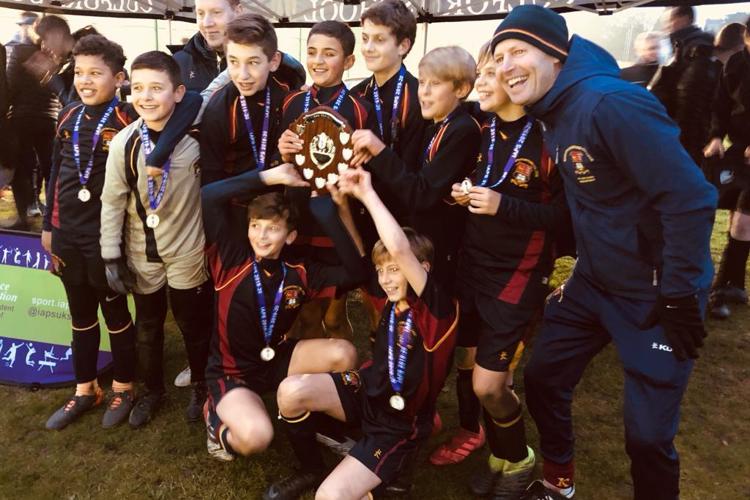 David Herd, who coaches the team commented, “The team’s training and hard work paid off and they went from strength to strength throughout the tournament. The character, composure and sportsmanship shown by the boys was phenomenal.”

The College would like to congratulate the team and their coach on this wonderful achievement.