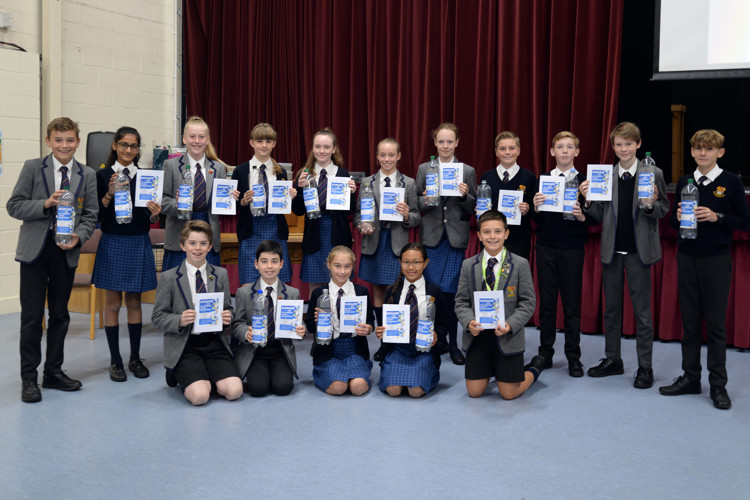 On Monday 7th October, Renee from Isabel Hospice took part in Prep School morning assembly, where she was presented with a cheque by the Head Boy and Head Girl on behalf of the Prep School prefects. The cheque represented a year full of fundraising by Prep School pupils.

Prep School pupils are now ready for their next fundraising challenge, which follows an initiative that is popular in many other schools. They will be collecting foreign coins and notes, both old and new, as well as any other old coins, as part of their latest fundraising efforts for The Guide Dogs and other chosen charities. The pupils will be looking for those small collections of unwanted foreign currency that often pile up after a trip abroad, and old pound coins or notes that are no longer in use.

All these donations can be used to support the Prep School charities, so pupils are busy collecting until January, when all of the donations are sent off to be changed into sterling.