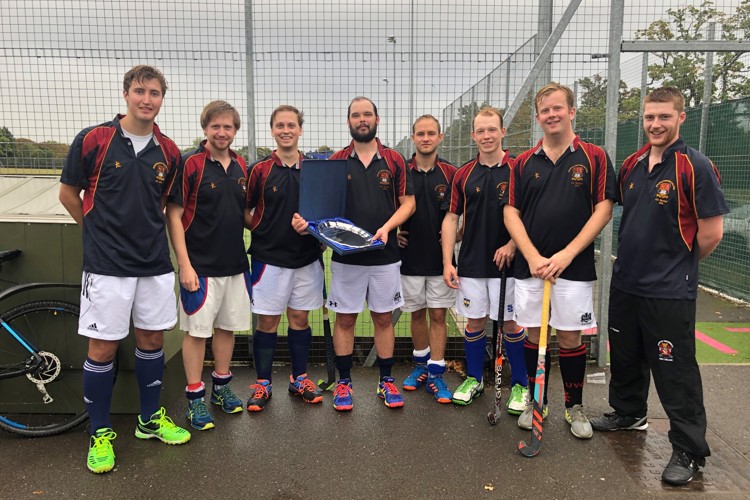 On Sunday 22nd September, the OS Men’s Hockey team took part in their second annual Haileybury School 6 a-side hockey tournament. Having finished 3rd last year, Stortford were determined to put in a stronger showing this time round. The day started better for the team, both on and off the pitch (most noticeable was the lack of torrential rain which was a prominent feature of last year’s tournament), with a strong win in the first game against St Albans school (2-1). Their form continued, and when Stortford found themselves playing against the hosts, Haileybury, the OS were quick to jump into a 3-0 lead, before a late consolatory goal from the hosts left the score at 3-1. With the two “easiest” teams played, Stortford prepared for a harder challenge with Aldenham school. A hard-fought game followed, with the teams trading goals throughout. Despite the ce of the game, the OS were able to carve out the better chances and found a last-minute winner to take them to a 3-2 victory. 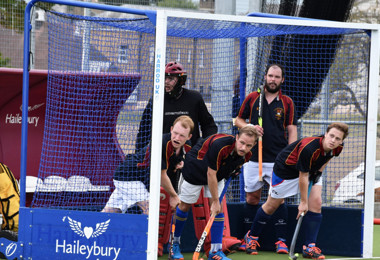 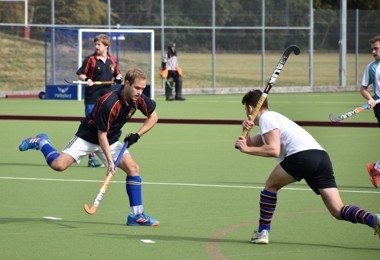 Easier games followed vs Sherborne (3-1) and Cheltenham (8-3), meaning we had won all our group games and were straight through to the final after lunch.

Unfortunately it would appear this break in the day came at the wrong time for the OS. Despite beating Aldenham in the pool round in the morning, Aldenham came out of the blocks much quicker and within 5 minutes had raced into a 3-0 lead. The OS did fight back into the game, and at 3-2 it looked like an unlikely draw could be salvaged, however a late penalty stroke for Aldenham put them just out of reach, and ultimately gave them the win.

Despite the disappointment of losing in the final, the OS can be proud of their performance. They played some excellent hockey and lost in a final that could have gone either way.

Having finished 3rd and now 2nd, eyes are well and truly on the prize for next year!