It All Adds Up for Top Mathematicians 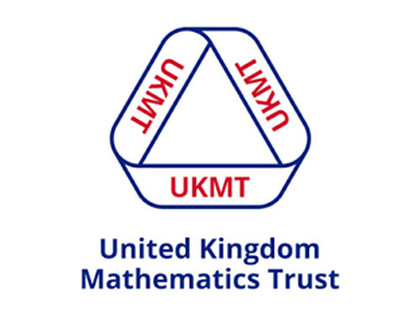 The results are in for the UKMT Junior Maths Challenge which top mathematicians in Lower and Upper Third took part in earlier this year. College pupils excelled in this year's Challenge, achieving 15 Gold, 20 Silver and 9 Bronze awards.

From a national entry of 270,000 pupils, 6% achieved a Gold award, 13% achieved Silver and 21% achieved Bronze. About 3.5% of the national entrants are invited to take part in the follow on competition, the Kangaroo, while 0.004 % are invited to compete in the higher level Olympiad. A record number of nine pupils from the College Prep School were invited to sit the Kangaroo paper this year and one pupil, Harry B, was invited to sit the Olympiad - an outstanding achievement as only the highest scorers in the Junior Maths Challenge are invited to participate.  In the Olympiad, Harry B performed brilliantly, providing two almost perfect answers to the hardest questions and only just missing out on a medal by a few marks.  Jake A and Oliver B were the top performers in the Kanagaroo and both were awarded a certificate of merit, the highest accolade in that competition.

Congratulations to the following pupils on their success in the Challenge:

Well done to all of our mathematicians on this record performance.