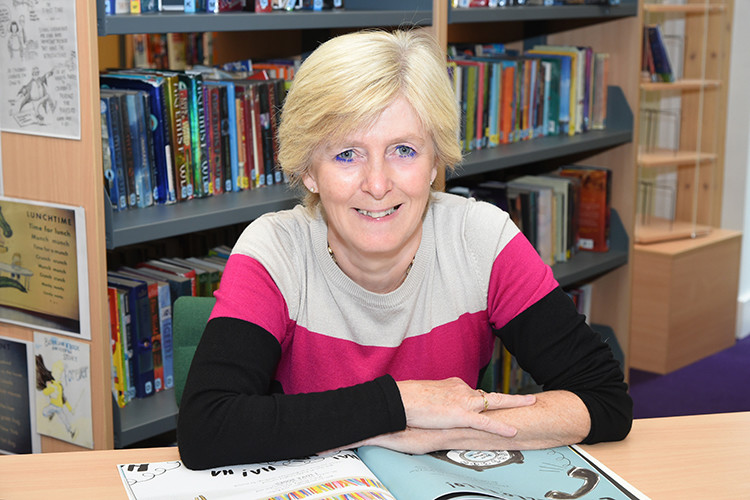 At the end of the Summer Term, Prep School pupils bade farewell to their beloved librarian, Mrs Pike, ‘the best librarian in the world’.  Rosie Pike started in the Prep School Library when it was first established twenty years ago, overseeing its growth and its move from Miss Beckley’s art room at the top of the DC Building to its present spacious location.

The Prep School Library, with Mrs Pike at the helm, has become the heartbeat of the school. She invited a huge array of authors to the College, including the poet and writer Benjamin Zephaniah in 2005. When he arrived wearing his Aston Villa shirt, Mrs Pike promptly organised a game of football for him on Middle Green between book signings. Michael Morpurgo in 2002 was another high profile visiting author who made a lasting impression on his audience. 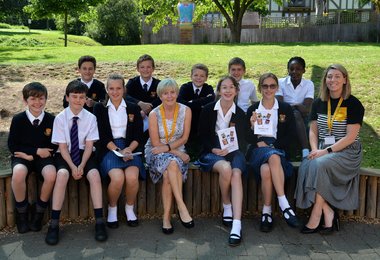 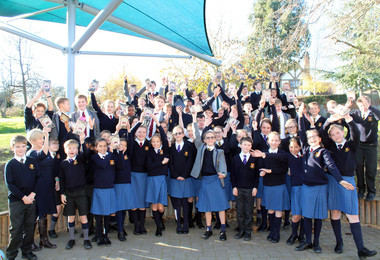 Mrs Pike has expertly organised ten Festivals of Literature and ten Picture Book Awards, and has already planned the eleventh Festival! Since their inception in 2008, she has presided over 222 book club meetings and welcomed 202 visiting authors to the Prep School, memorably picking one of them up at the train station dressed as Peter Pan. Keeping the Housemasters and Housemistresses on their toes, she has set 41 house library challenges and hosted six Harry Potter evenings. Additionally, she has accompanied groups of Lower 3rd pupils to 17 consecutive annual Carnegie Book Awards discussion sessions - impressive statistics indeed.

Mrs Pike’s passion for reading and books has inspired a couple of generations of pupils at the College. In the words of a Form 1 pupils, Mrs Pike ‘is kind, inspiring and knows where all the books are.’ 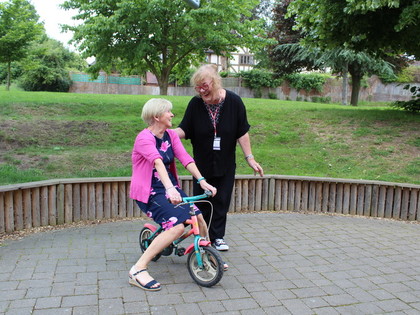 After completing 60 terms at the College, Mrs Pike is bowing out, ready to open a new chapter of her life.  The cogs of the wheel at the Prep School will keep turning, but Mrs Pike will be greatly missed by all.