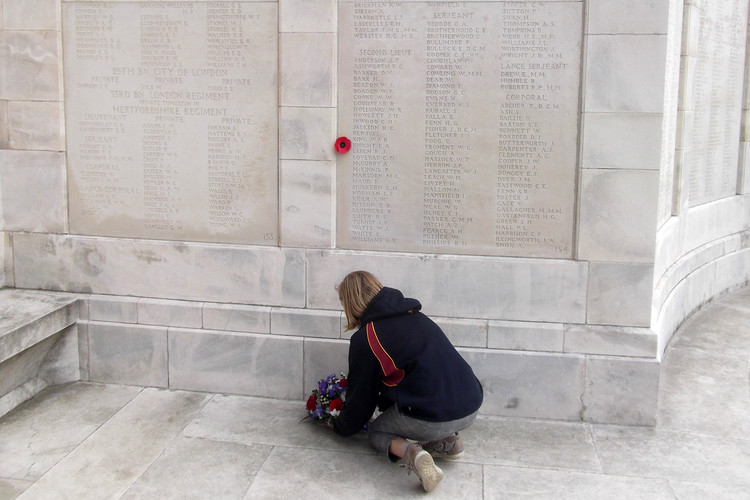 The annual 4th Form history trip to Belgium took place on Wednesday 3rd July, with a view to giving pupils a deeper understanding of  the World War I battlefields, including the emotion and thought that forms this journey into the past. The trip took the pupils to Ypres, rather than the Somme, partly due to its proximity to Calais, but also because almost every unit in the British army served in Ypres at some stage. The flooded, thick clay terrain made it the scene of one of the most horrific British battles of WW1, that of the 3rd Battle of Ypres in 1917, otherwise known as ‘Passchendale’. 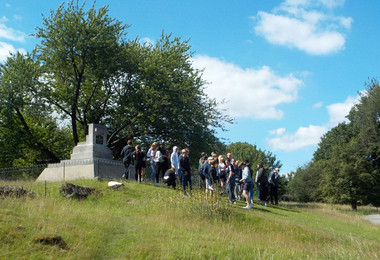 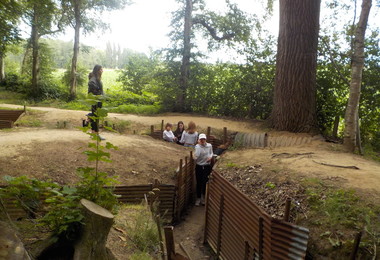 The trip starts with a look at two actual battlefield sites, fenced off in 1918 and left as a reminder of a scarred battlefield landscape. ‘Hill 60’ is an artificially raised mound which provided the holders with an enviable view of Ypres and all its access routes. This made it tactically vital to both sides and thus was the scene of unimaginably brutal fighting, often hand to hand, throughout the war. Next to Hill 60 is the Caterpillar, the name given to the site of an exploded underground mine. Given the ferocity of defensive weapons in WW1, men soon learned the value of mining and exploding underneath an enemy strong point in order to achieve an objective with minimal losses. The size of the crater always impresses visitors and one can only imagine that power unleashed, especially when bearing in mind the explosion was actually heard in London. ‘Hill 62’, several miles away, also impresses visitors and here they can not only see a very visible demonstration of a trench system, including its zig-zag design, but also get a feel for what it must have been like as one of the tunnellers as they struggled in appalling conditions to create a chamber underneath the Germans. The pupils’ forays into the 25m narrow tunnels are usually accompanied by shrieks and gasps as they journey through the pitch black for what, at the time, seems to be an eternity. 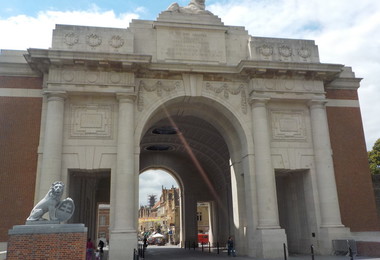 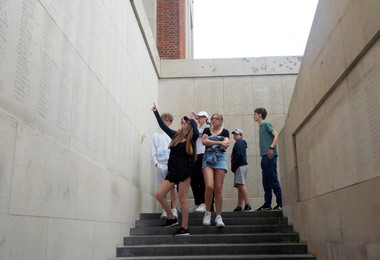 The next stage of the trip involves looking at the monuments and the ways in which we remember the soldiers’ sacrifice. We look at the history of Ypres and its utter devastation, with particular emphasis on the impressive Cloth Hall, a 14th Century reminder of just how wealthy Ypres was in the Middle Ages. We also look at the memorials created in the decade following the war as planners struggled to decide how to commemorate the sacrifice of so many soldiers; the 55,000 names on the imposing Menin Gate are poignant enough, without being told that these are simply people whose bodies were never found. 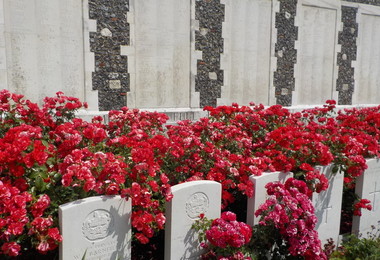 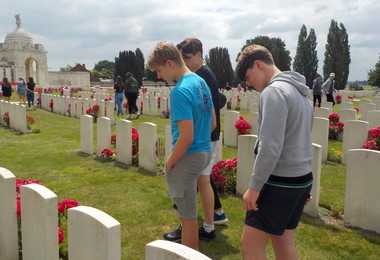 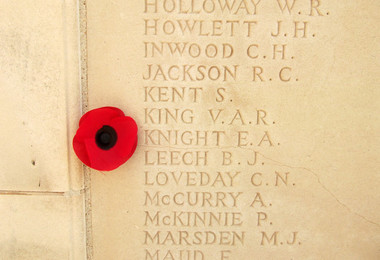 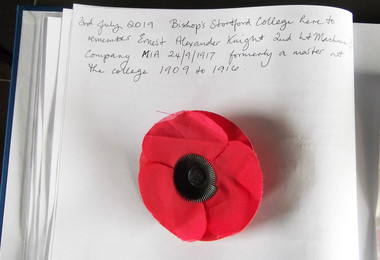 The group then took the short bus journey to Tyne Cot, where pupils were taken aback by the sheer scale of the cemetery, with its 11,000 graves and a further 23,000 names whose bodies were never found. The beauty of its gardens (full of masses of blood-red roses) and the impressive neoclassical architecture within which it is framed, instils in everyone a feeling that it is indeed a fitting monument to those who have sacrificed their lives for their country. Pupils laid a wreath in honour of Ernest Alexander Knight, who was a Master at the College from 1909 - 1916.

The final part of the trip is a visit to the German cemetery of Langemarck, framed and shaded by its solemn oaks and its mournful atmosphere which reminds us, once again, of the scale of the tragedy affecting so many people in that generation.

Overall, this trip is a thought-provoking and moving experience which gives far greater context to the study of the period.