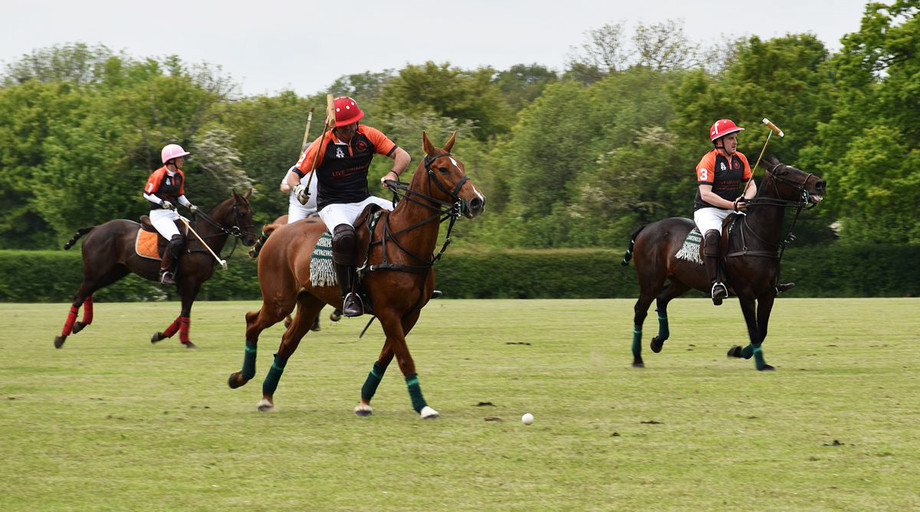 Old Stortfordians, College families and College staff enjoyed a fabulous day at Silver Leys Polo Club at Bury Green on Sunday 19th May. The annual OS vs Felsted Polo match failed to disappoint this year, with a nail-biter of a victory against a very strong Felsted team, with the OS snatching victory 5.5 points to 5 making for a hat trick of victories since the instigation of the match in 2017.

Old school rivalries were strong but spirits were high and the thrilling match, won in the final minutes of the final chukka, will long be remembered by players and spectators alike. Huge congratulations to the 2019 OS Polo Team (playing in grey and orange): George Connor (PP, WH, RPH, 95-09), Jane Horner (YH, 90-92), Will Vogel (MJH, SH, 84-92) & Ed Banner-Eve (MJH, RPH, 06-13) on their outstanding performances. 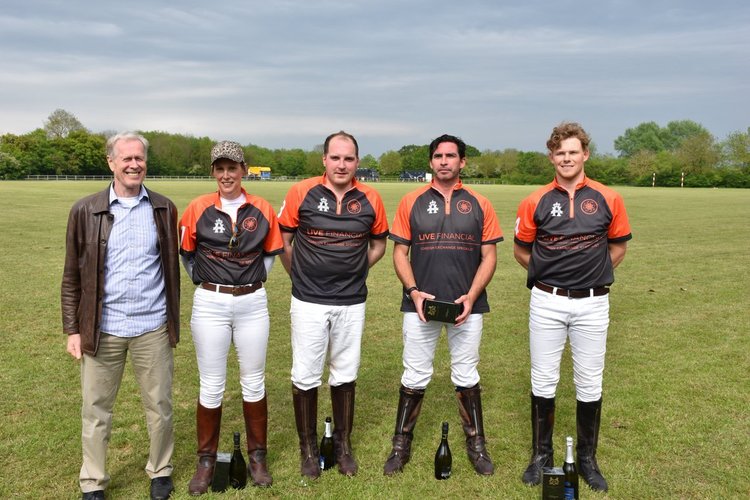 Special recognition goes to Alec Banner-Eve (RPH, 02-07) for all his hard work at Silver Leys Polo Club, for facilitating the OS vs Felsted fixture and mentoring the College pupil polo team. Upper 6th student, Emma P put in a strong performance for the Silver Leys Development Team against Queenswood, but unfortunately the full College team was prevented from participating this year due to exam responsibilities – we look forward to seeing them in action next year.

Deputy Head, Chris Woodhouse, presented the prizes in the OS vs Felsted match alongside the Felsted Head, Chris Townsend and was given a huge round of applause to mark his upcoming retirement after more than 43 years of dedicated service to the College. The whole day of world class polo matches, outstanding entertainment, including a Caledonian marching band to parade the Polo players onto the field of play, and a race between a Lamborghini and polo pony (the real horse power winning the race!) made for a memorable and enjoyable day at the Courtauld Polo Trophy.

Hope you can join us next year!