On 6th March the College welcomed 27 German exchange partners and two teachers from Heinrich Heine Gymnasium in Heikendorf for the return visit of our 20th anniversary exchange. The German pupils lived with their Lower 5th partners for a week and experienced life as part of an English family and as a pupil at Bishop’s Stortford College. Two of the partners gave a speech in assembly highlighting the linguistic and cultural value of our exchange programmes at the College and the special relationships that the German and English pupils have forged with one another over the last year.

In the speech, the German pupils noted that the "highlights of our trip were going to musicals, bowling or playing paintball, just to name a few. We also did trips to the big cities such as London and Cambridge, both of which we went to as a group, and then individually with our exchanges. In Cambridge we visited all the colleges, which were very interesting, and in London we saw all the main attractions, such as Buckingham Palace and the Houses of Parliament. School life in England is very different compared to school life in Germany."

The pupils also spoke of the differences between German schools and Bishop's Stortford College. The College, for example, has "many buildings with different departments and our school is one big building with all rooms in it." The school day at the College is much longer, they said,  with longer breaks, and in Germany they do not have Saturday school. They liked the House system, which they do not have in their German school and which "reminded us a bit of Harry Potter", and they felt that assemblies are a great way to start the school day together: "In Germany we just go straight to our first lesson". Another big difference between their school and the College, is that they do not wear a school uniform, "which we think look just great!"

All in all, the German pupils "had a great time and collected different experiences from our stay in a different school and in a different country. On behalf of everyone, thank you for looking after us during our time in England and making us feel very welcome. It’s very interesting to get to know your daily school life, because it’s so different from ours. We had a great time here and we really hope that we’ll stay in touch with our exchanges." (Justus and Eleanor). 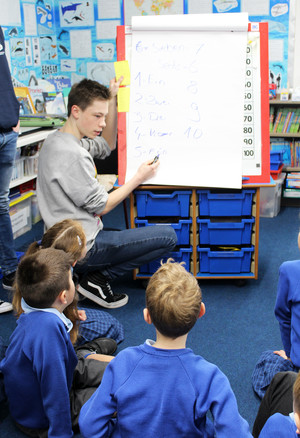 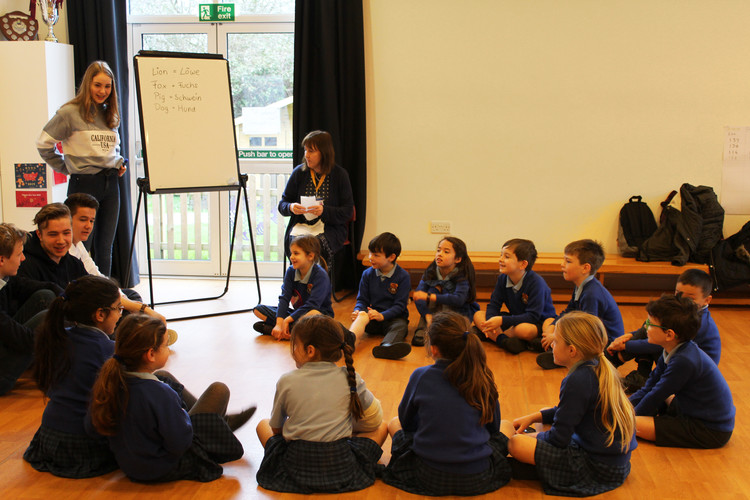 The German exchange students also visited the Pre-Prep, where Year 2 pupils benefited from a fun German lesson, which included learning the words of animals in German.

The German Department are already planning and looking forward to the 2019-2020 German exchange which will take place in northern Germany this summer!