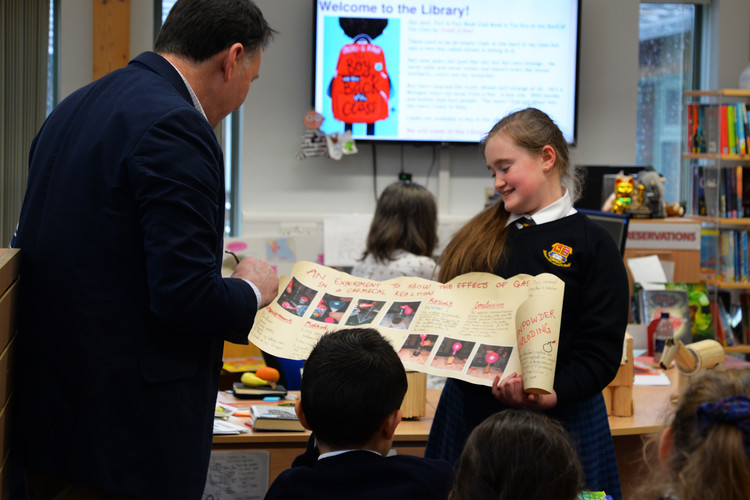 On Tuesday 12th March, a group of Form 2 pupils presented their well-researched and amazingly creative and original Curiosity Club projects in the Prep School Library. This was a special session, as they were presenting their projects in front of the founder of Curiosity Club, John Gordon Reid.  There were several science-themed projects, tying in well with British Science Week, including one on the Archimedes Screw, the effect of gas on chemical reactions and a Lego animation on gunpowder! 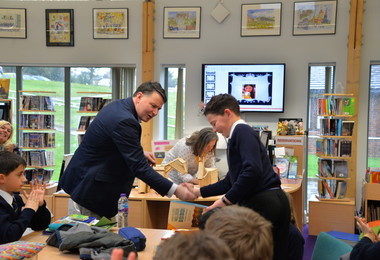 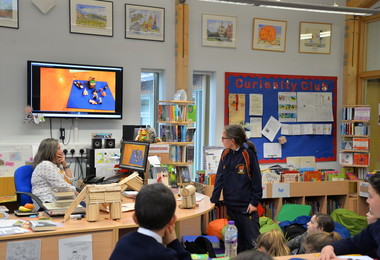 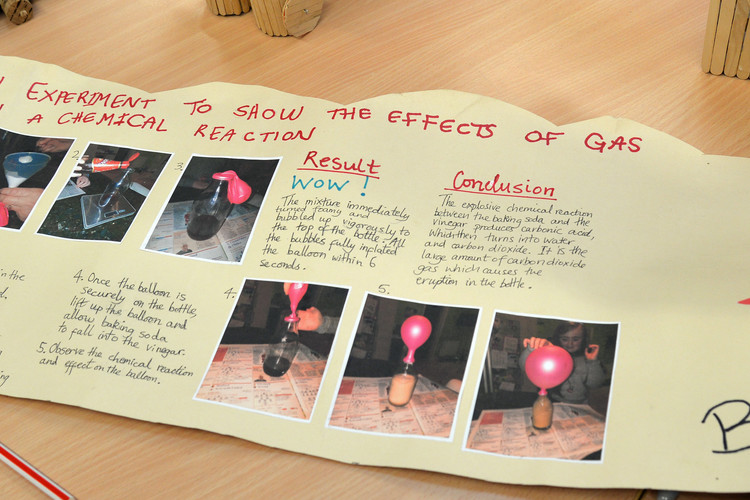 "Exploding gases and musical epitaphs. Archimedes’ screws and a chat show appearance by Homer. The library burst into life with astonishing stories and creativity as the Curiosity Club presented me with an amazing array of Challenges that had been completed.

Curiosity Club is all about developing skills and this group had developed plenty! The pupils have followed their natural curiosity as they picked their way through a 3000 year timeline choosing moments and Challenges that they found interesting. It was such a treat for me to be greeted by pupils that I could see were excited by what they had discovered and who gave confident presentations of well researched work.

I do hope that it has been fun and enjoyable and I can’t wait until my next visit in June when I am sure I will be greeted by another amazing Curiosity collection.

Bravo to all the students who have been so dedicated in their pursuit of knowledge and congratulations to Mrs Pike and Mrs Lamyman for running one of the finest Curiosity Clubs in England".

Well done to all of the pupils!
Back to News ListPreviousNext
Share on:
Rss