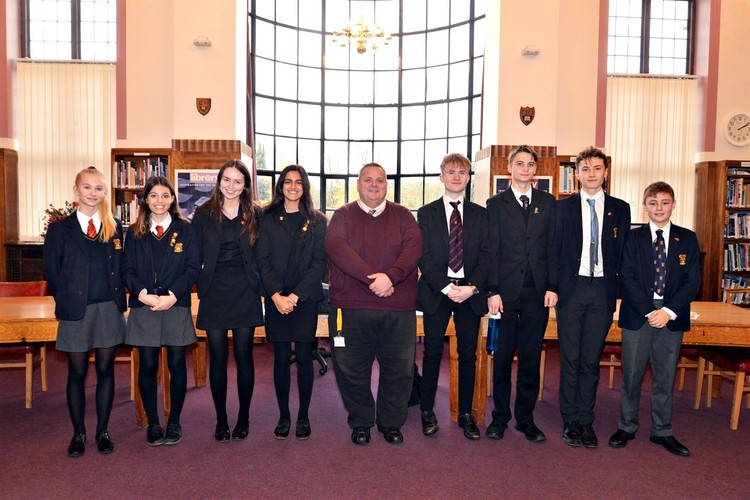 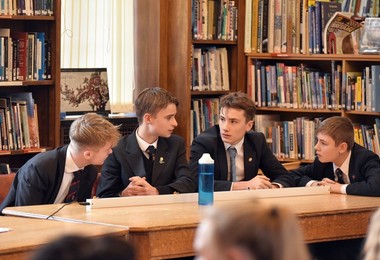 The individual questions saw Benson House edge the round on Food and Drink (CH 8, BH 10), extend their lead in the round on Art and Artists (CH 2, BH 8) and Collett come back into the contest by winning the round on Current Affairs (CH 8, BH 3).

As we entered the buzzer round, the scores read CH 18, BH 21. Benson really came into their own in this round, earning two bonuses to Collett’s one, with Amy C proving particularly fast on the buzzer, giving Benson the first shot at most of the follow up bonus questions. Benson scored an impressive 42 points in this round and with Collett scoring 18 points Benson led by 63 points to 36 as we entered the Mastermind round. 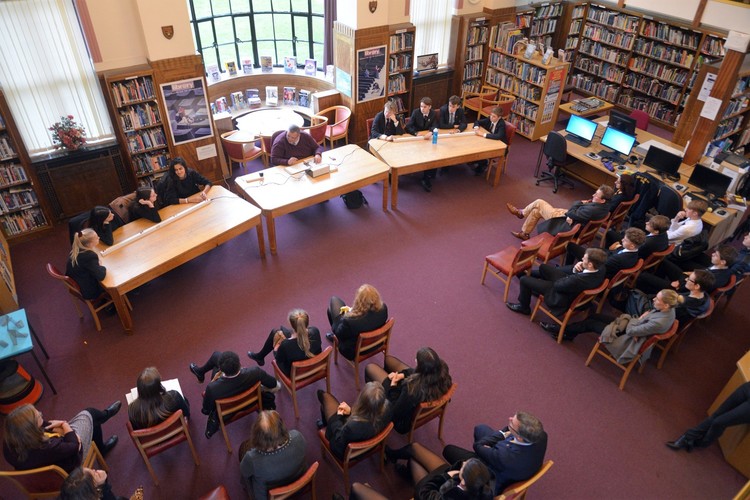 In the Mastermind round Nena answered eight and a half correctly (17 points) and in reply Luke scored an impressive 23 points by answering eleven and a half correctly. This meant that Collett House reduced the lead by 6 points, heading into the final round CH 59, BH 80.

The final round saw Collett slowly eat away at the Benson lead, scoring two bonuses, but the lead proved too great and, despite closing the gap, the final score read Collett 79, Alliott 88 as time ran out.

Congratulations to Benson who become this year’s winners and the trophy is to be awarded to them in Final Assembly. Thanks to everyone who took part in the competition and to the supporters who helped to create a good atmosphere.