Question Time Airs from the College 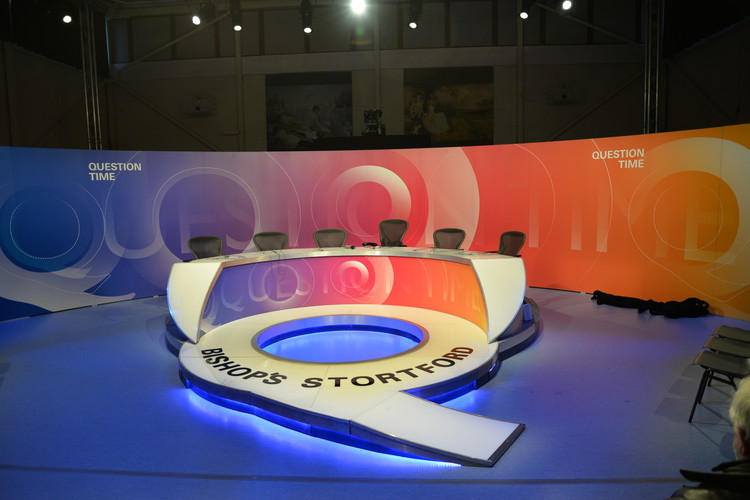 When Question Time came to the College on Thursday 6th December, a group of Prep and Senior School pupils were lucky enough to be given various tours of the set by the fantastic Question Time crew. 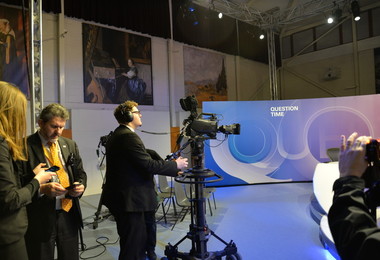 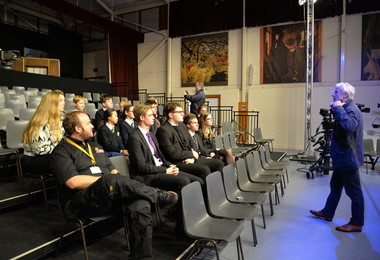 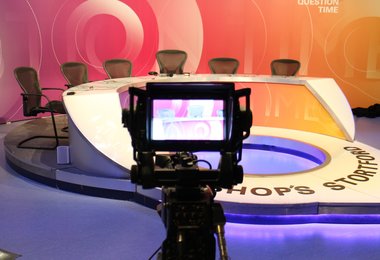 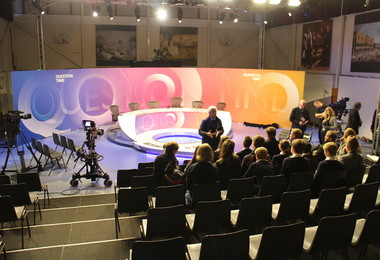 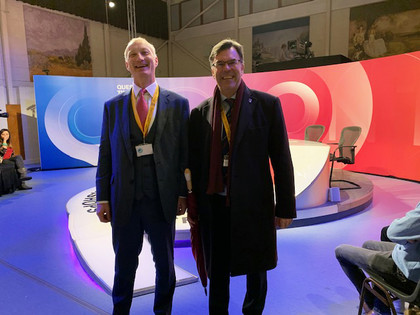 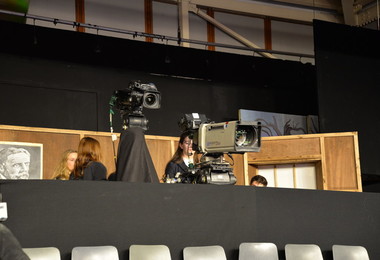 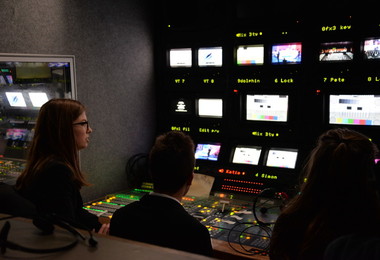 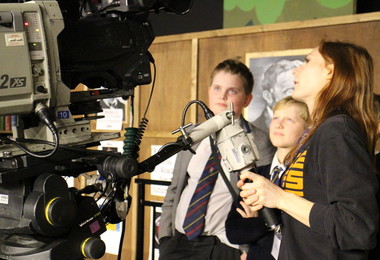 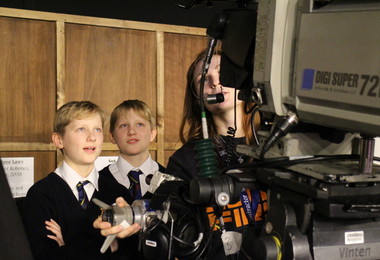 A number of Prep and Senior School pupils were given the opportunity to look behind the scenes before the start of the programme. They spent nearly an hour with the Producer David Lockhart who talked about how the programme works, focussing on the more technical side of each broadcast. Pupils were shown around the outside broadcasting vehicles and allowed to work the main console from the producers chair. Back on the set, they were given the chance to work with the camera crew who, not only explained their role, but gave the pupils the chance to operate the cameras. 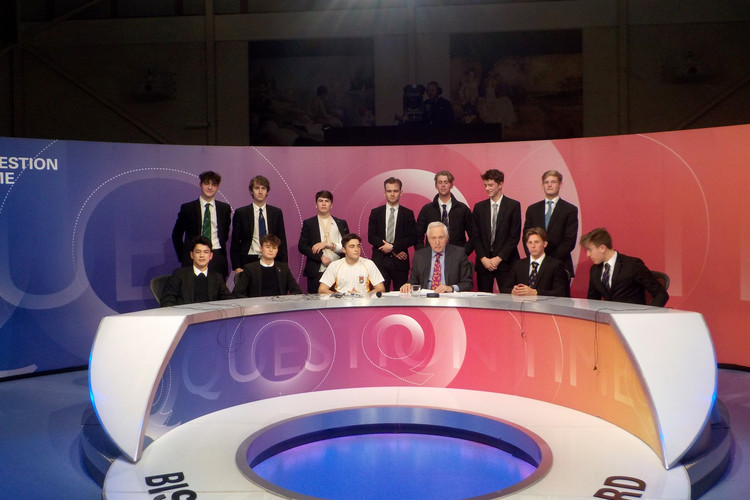 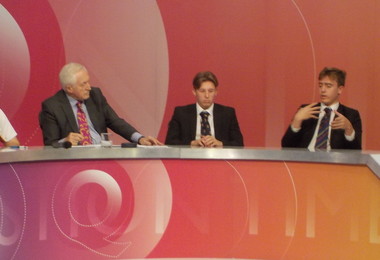 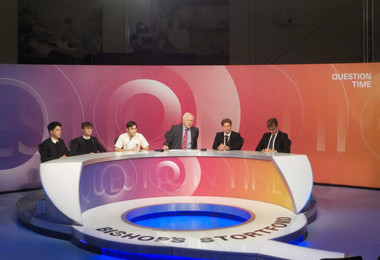 Later in the afternoon, a small group of Sixth Form students studying Politics and / or Economics were given a tour of the Question Time set, where they also had the chance to chat to David Dimbleby. The students were used as a sound check with the Question Time presenter and some of them volunteered to sit in as panellists and actually answered questions from the rest of the group, who were dotted about in the audience seats.

The public arrived in the evening for the filming of the programme, which was aired later that same evening.