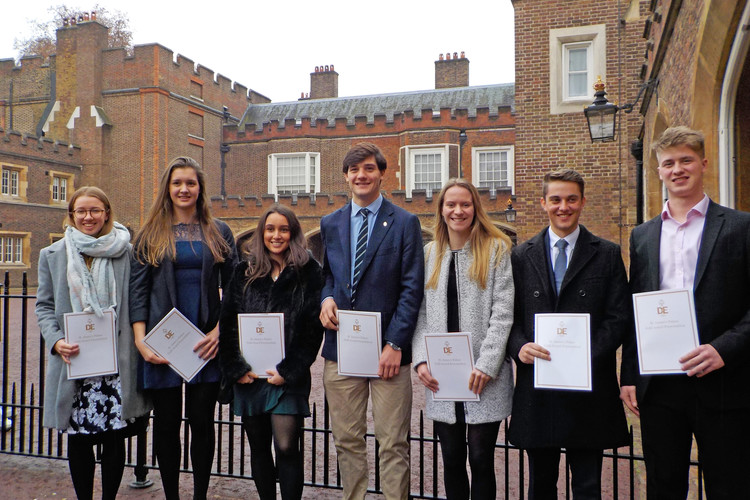 On entering the Queen Anne room, they were greeted by Miss Chaplin, who had the dubious honour of being one of the room marshals. She had the job of not only making sure the participants did the correct thing at the correct time, but also reading out their names in front of nearly 200 people. As always, there was that one tricky name, but Miss Chaplin managed admirably.

Before the actual award ceremony there were practices held, so that the awardees knew where to stand and what to say in the presence of royalty. This was followed by a talk from the celebrity guest who did the actual handing over of the award certificates. Our guest was Kiko Matthews, a remarkable lady who has rowed the Atlantic single handedly, despite having had two tumours removed from her pituitary gland. She is currently planning a cycle ride around the UK coastline, with the additional project of clearing beaches from unwanted plastic and other rubbish, on her route. Kiko’s speech was inspirational and she held the attention of the audience so well that you could have heard a pin drop.

Then Prince Edward entered the room and after a chat with Miss Chaplin he spoke to the Gold Award holders, who all suddenly became tongue tied. Afterwards we commented on how articulate the Prince was and how he seemed genuinely interested in the young people. The Prince asked the parents if any of them had achieved their Gold Award and Ms Freckleton appeared to be the only one who had done so.

After the Prince left the room the young people were called up to receive their awards from Kiko and the morning ended with official photographs being taken. Once the group had been encouraged to leave the Palace we congregated outside in somewhat wet conditions and took a few official photos of our own. 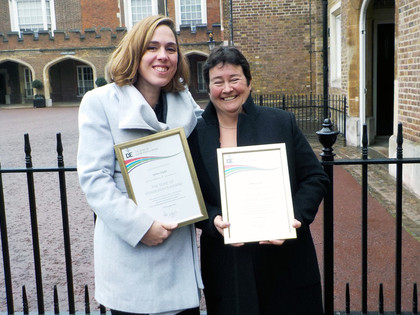 Congratulations to the following OS who were at the palace: Helena Parry (BH); Jake Gransbury and Will Watson (CH); Ben Raymond (HH); Elizabeth Farrant and Katherine Watson (TH) and Shona Reid (YH). Congratulations must also go to Miss Chaplin, who was awarded her 21-year volunteering for the D of E certificate. She was completely taken by surprise as she had no idea this was going to happen. She did, however, know that I was to be given my 32-year certificate.