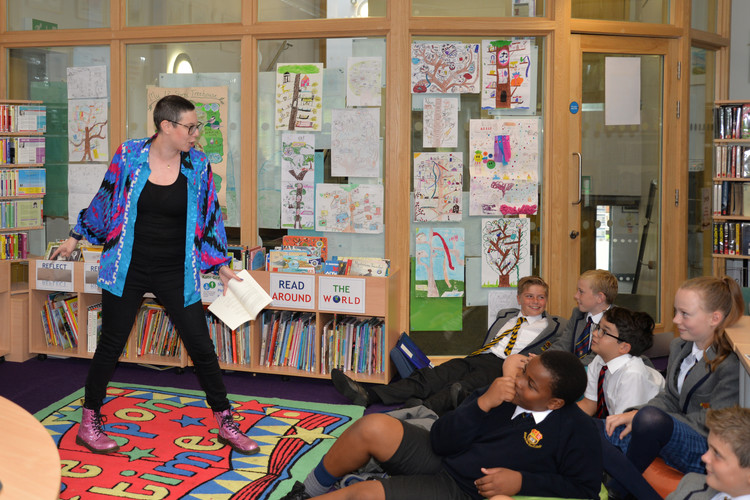 As a former College pupil and a favourite Festival poet it was not difficult to remember Sara’s name when introducing her to the Form 2, Lower 3rd and Upper 3rd pupils on Thursday 20th September. This was just as well as the first poem she performed, called “What’s in a Name?” stated very clearly

Sara spent Thursday morning performing poems and answering questions about her life as a poet. She  recounted the story of how, when she was in the Senior School, she saw Benjamin Zephaniah perform at the College, and realised for the first time how awesome it would be to become a performance poet. Now Sara travels the world performing her own poetry, and has many awards to her name, not least being a former UK Poetry Slam winner, and coming 3rd in the World Championships! 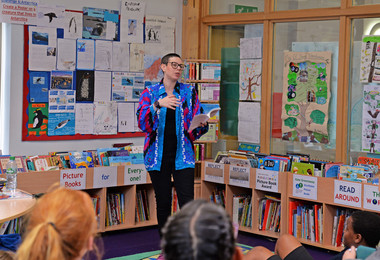 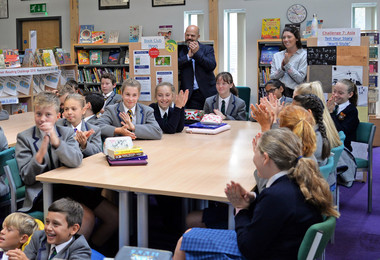 Taking the focus of the English topics for each year group, Sara performed poems exploring journeys, memories and moments, and fear. Her poem “Heritage “ explored her great-great grandfather’s journey from Poland as a Jewish refugee escaping from the Nazis, and in “The Leap” she described how fear physically looks to her:

“My fear still wears her hair in pigtails,

Her dress is torn and ripped with age”

The applause Sara received reflected the mood of the poem she performed; raucous and loud for the funny ones, more subdued with a reflective hum for those with a more serious tone. Sara explained that whilst she gets her ideas from everywhere, everything she writes has to be of relevance to her, and what she likes most is making people laugh. Her obvious love of wordplay and puns is evident in many of her poems, and whether the poems made us laugh, or as in the case of her incredibly moving poem, “Present”, made us cry, Sara’s voice  is one that should not be missed.