To Yorkshire for Gold and Silver DofE 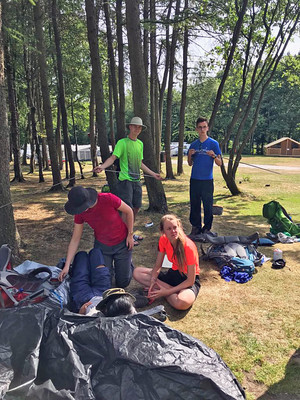 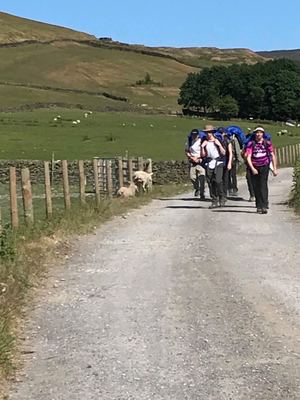 41 Upper 5th pupils left the warmish south for their Silver Assessment Expedition in the Yorkshire Dales a week before the GCSE results came out. The majority of them stopped off in Settle for their final meal of fish and chips before the venture began, while another group feasted at the campsite restaurant, where they claim they had more than enough food. For three days the heavens opened and the pupils became steadily wetter, tents leaked, sleeping bags became saturated and feet became very wrinkled. However, the mood of the pupils remained buoyant for the most part and visits from the food fairy seemed to spur them on. After all, bad weather can be character building! I am pleased to report that all forty-one passed the physical part of the expedition and now have to complete their project/presentation in order to gain their award. 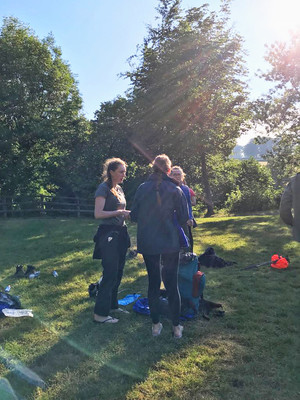 This year there was a new destination for the 24 Lower 6th students who had signed up for the Gold Practice Expedition in August. After a six hour journey they arrived at Knights Stainforth campsite near Settle in the Yorkshire Dales, with a view to walking west of the area. The first day was a training day, where the Mountain Leaders discussed various navigation techniques: pacing, leap frogging and aiming off, as well as discussing the most suitable kit, what should be left at home and, most importantly, what type of food should be purchased for the expedition. There were some tasting sessions too.

The afternoon saw the groups go for a moderate 6km walk into the hills to practise what they had been taught earlier in the day and to see if they had actually been paying attention - they had. The next three days saw most of the groups conquer the Yorkshire three peaks of Penyghent, Whernside and Ingleborough or at least one of them in the rain. Mindfulness was uppermost in the minds of the supervisors, who brought their dogs to the various campsites to allow the Lower 6th to relax by communicating with the canines. Miss Chaplin, Mrs Clough and I were  lucky to return home with our dogs!

Blisters and wrinkly feet apart, the Lower 6th truly had a golden  experience and thanks go to the three mountain leaders: Martin, Geoff and Pat and the supervisors: Cameron, Catriona, Mr and Mrs Clough, Miss Chaplin and her husband, without whom I could not run the expedition.