Learning to be Dementia Friendly 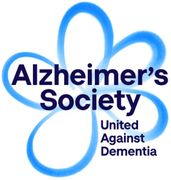 On Thursday, the Lower Sixth were fortunate enough to be given a joint presentation by Mark Prisk (the local MP for Hertford and Bishop's Stortford), and the Alzheimer’s Society, which is a national charity that aims not only to fund medical research surrounding Alzheimer’s, but also to make the United Kingdom more ‘dementia friendly’ in the way society views people affected by the illness.

Jackie from the Alzheimer’s Society began the talk by asking a simple question: how many of the students in the room have been affected in one way or another by dementia? About one third of the year group raised their hands, which we were informed matched up fairly accurately with the national picture. One of the most common questions associated with the illness arises from the way ‘dementia’ and ‘Alzheimer’s’ are terms that people tend to use interchangeably. It was interesting to learn that dementia is in fact an umbrella term that describes a number of diseases of the brain which usually involve symptoms of memory decline, whilst Alzheimer’s is simply one of the many diseases that comes under this term (but indeed, the most common).

It was quickly apparent from the presentation that ordinary people of any age can make a real difference to those living with Alzheimer’s. We were shown a video from the perspective of a sufferer, and how activities which most people take for granted to be able to do without support and with efficiency, become extremely confusing and often overwhelming when suffering from Alzheimer’s. Going to the supermarket, paying for a bus ticket, going to the cashpoint…all things that when considered closely, do in fact require a great deal of cognitive functioning and coordination between the brain and the body. In the video people were shown to be frustrated and rude to the sufferer, and it really became clear how a disease like this can make someone feel isolated and problematic in society. 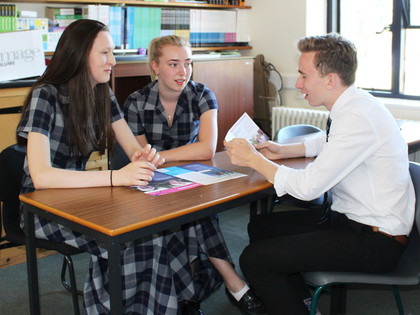 So, we were encouraged to become dementia friendly. This is not by any means something complicated or ambitious for us all to achieve. Being more supportive to those living with the disease involves little more than being patient, kind and understanding – taking the time out of your day to help those who look like they need it with the smallest of tasks; finding the right change for the bus or fetching an item from the other side of the supermarket. Whilst this will not end the confusion felt by those who suffer from Alzheimer’s, it will, even for just a moment, make them feel supported by those around them, and less like they are a burden, which even for a person with perfect health is a horrible feeling.

Mr Prisk explained that whilst the Alzheimer’s Society are keen to work all around the country to improve dementia awareness, he was in partnership with the charity in order to lead a local campaign to make Bishop’s Stortford (and beyond) a dementia friendly place, where people are able to support the most vulnerable in the smallest of ways. He will be visiting all the local schools with the charity to raise awareness.

From the Q&A that followed the presentation, we also learned from Mr Prisk the ways in which government is playing its part in helping to provide care for those suffering with dementia. He explained that the current focus is ensuring that all NHS staff have the right skills so that they are equipped to properly assist patients suffering with the illness on an individual basis, as it is a disease that affects people in many different ways. It was fascinating to see how the issue is being tackled from many different fronts; not just within society through presentations such as these, but also from the very top of government – a collaboration of efforts.

Dementia will inevitably affect the majority of us in some way at some point in our lives, and I believe that the Lower Sixth now better understand how people with this illness feel and think, and the ways in which their lives can be made easier. But this drive will only be a success if everyone is willing to step up and do their bit, offering a helping hand to those with dementia whenever it is needed. For more information, please visit www.alzheimers.org.uk.

Amazing Artwork in the Senior School