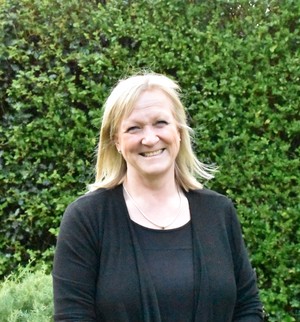 A hugely respected member of Staff that has played a key role in the lives and futures of a whole generation of OS is saying a fond farewell tomorrow. Dr Gill Allcock joined the College in 2006 and will sadly be leaving us after 11 years in charge of our outstanding HE & Careers Department, thankfully she will remain involved over the coming year helping with our future Medics and Oxbridge candidates.

Head of Sixth Form, Linda Dickinson paid tribute to Gill ‘I find it almost impossible to put into words what Gill has done over the last 11 years. While the Higher Education and Careers department did exist before she arrived, (it was in fact called the Careers dept), Gill has revolutionised it. I think one of the biggest changes she has made is that she has put careers into the curriculum for all and she has worked tirelessly on promoting open minded, positive and aspirational approaches to future options for all of our students.  Her dept has frequently been referred to as ‘the jewel in the crown here at the College’ and students and parents regularly cite the department as one of the most impressive that they have ever encountered.’

All those that have had the privilege to work with and the pupils that have been guided through their future options and UCAS applications over the past 11 years know that Gill is a consummate professional and utterly reliable, totally determined and creative in her approaches to all that she encounters.

Gill has also thrown herself into College life outside of the HE and Careers dept such as in Collett House, the Brains Trust competition and has been an avid attendee at House Music and Stars in their Eyes.

Gill is taking an enviable lead from pupils and is looking forward to a GAP year of her own where she will enjoy travelling and continuing to learn as she goes.  Gill will be hugely missed by us all but we wish her happiness and relaxation in her next adventures.