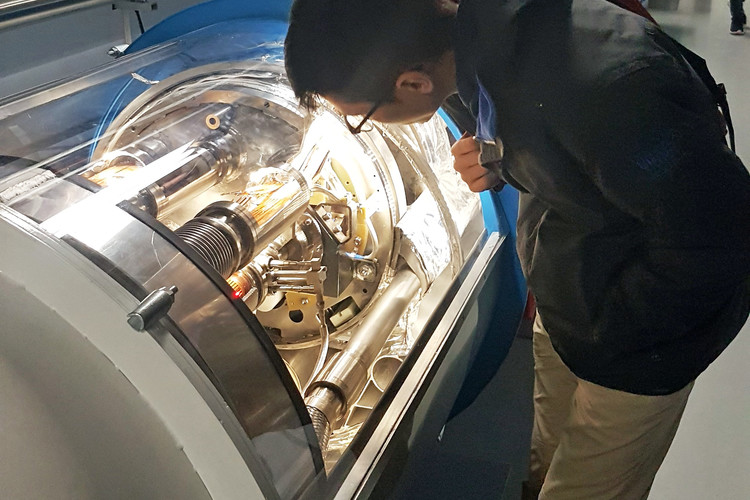 One of the highlights of A Level Physics is the annual trip in Upper Sixth to CERN, the Conseil Européen pour la Recherche Nucléaire in Switzerland, and this year was no exception.  One of the students summed up the trip:

On Tuesday 9th of January, a group of Physics students met at school bright and early to catch a flight from Stansted to Geneva Airport. Almost immediately upon arrival, we found ourselves confronted with the vast scale of the CERN campus.

After a much-needed lunch in the CERN canteen, we had the opportunity to explore CERN’s two exhibitions; Microcosm and Universe of Particles. Microcosm provided us with an incredible insight into the various detectors in use, such as the LHC and ATLAS. Everyone particularly enjoyed climbing inside the remains of the various old bubble and cloud detectors on show outside. The ‘Universe of Particles’ exhibition inside the Globe of Science and Innovation taught us about the history of CERN and its impacts on the world. There was also an astounding light show explaining why CERN came about and what their goals were – one of which was to find out how and why the universe was created. 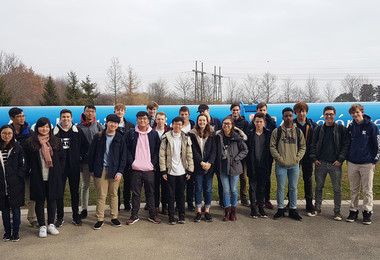 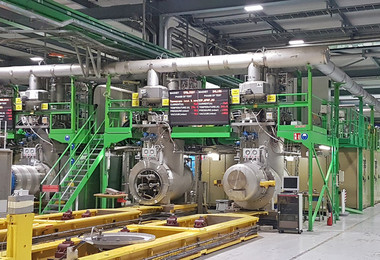 The next stage of the day was to go on tours of the campus. The first place we visited was the main control centre for the LHC. Our guide explained what they did there and how things had changed over the past few decades, as well as answering all of our questions. We were then shown a very enjoyable and informative 3D film explaining how the LHC worked. Next, we split into two groups and travelled across the French border to one of the more industrial areas of the site. One group was shown an array of real parts from the colliders, supplemented by in-depth explanations of how they work. This was a very useful talk, as it incorporated a huge amount of electric and magnetic fields, topics that we were currently looking at in class. Meanwhile, the other group were shown a model of the actual tunnel through with the particles travel. We were all slightly alarmed when we saw signs pointing to the nearest fire exit over 2.5km away. After switching groups, we were all ready to get on the bus back to the airport. 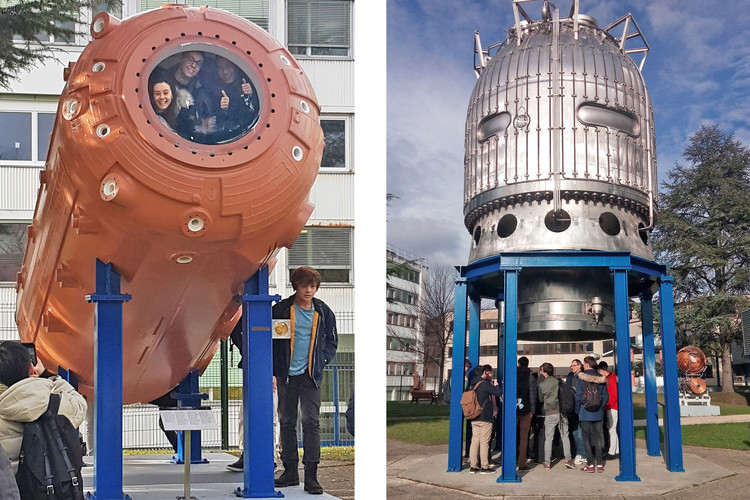 Having been up since around 4am, we were all exhausted at the end of the day, but everyone agreed that this was a highly informative and useful trip, which supports what we are studying in the classroom.