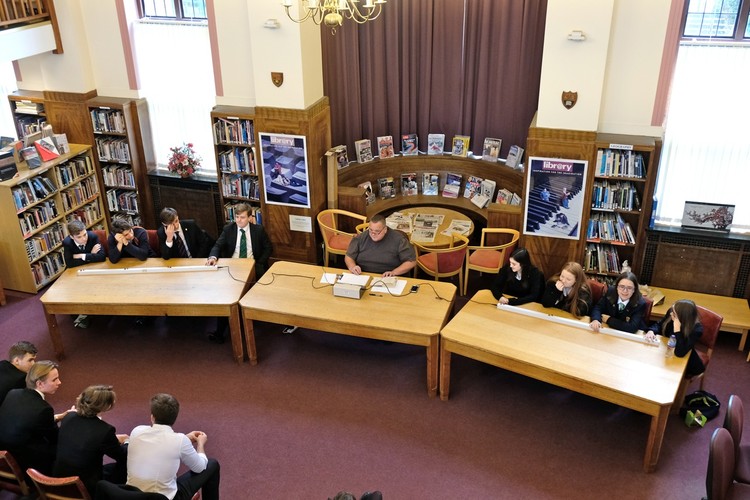 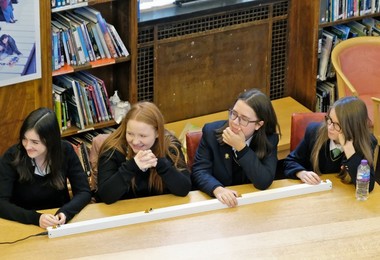 The individual questions in the first round saw both houses score four points in a round on History, Robert Pearce House win the round on Books by four points to zero (TH 4 - RPH 8) but Tee win the Current Affairs round (constructed by Maggie Garrett) by twelve points to eight leaving the score reading Tee House sixteen, Robert Pearce House sixteen as we entered the buzzer round. An even round saw both sides sharing the starter questions and whilst no bonuses were achieved many difficult questions were answered correctly. Robert Pearce just edged the round, scoring twelve points to Tee’s ten, giving them a slender lead as we entered the Mastermind round (TH 26 RPH 28). The Mastermind round saw Dougal (RPH) score ten points by answering five questions correctly whilst Elizabeth (TH) scored five points by answering two questions correctly and one half correctly. This meant Robert Pearce House held a seven point lead as the final treble chance round began (TH 31 RPH 38). In this final round, Tee never really hit their stride nor looked like gaining bonus points for answering three questions in succession and it was Robert Pearce who managed to increase their lead, gaining twenty points to Tee’s zero, thereby winning the overall competition by 58 points to Tee’s 31. 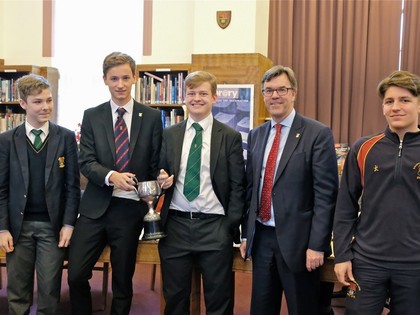 The winning side was awarded the trophy by the headmaster, Mr. J. Gladwin, at the end of the competition. The final was the culmination of an exciting set of matches and Mr. Tomkys would like to congratulate all those who have taken part this year. Thanks, as ever, must also go to Mrs. Garrett for providing the Current Affairs questions each week.

Next term sees the return of the Staff Inter-House Brains Trust competition and the winners of this will then challenge the Robert Pearce winning side later in the school year.