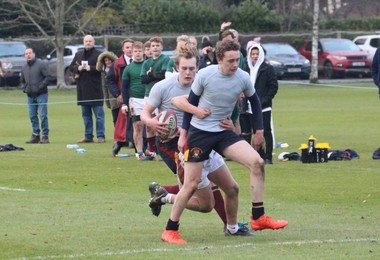 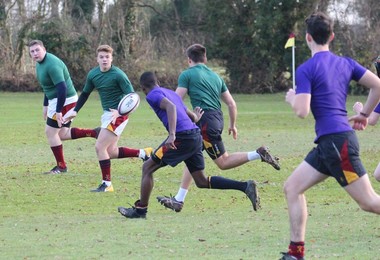 Senior School House Rugby took place on Saturday 2nd December and it was, as always,  an exciting event.

With the five houses all vying for victory, there was no chance that the bitterly cold weather was going to ruin the spectacle that was about to happen on the top fields. With RPH and Collett seen as the favourites for the cup, it was great to see so many boys turning up, not just to play, but to support their fellow pupil.  In the Junior section it was a hotly contested battle between all of the Houses. 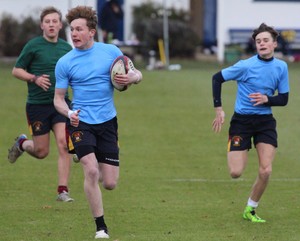 There were some great open and flowing 7's rugby matches, which saw big hit after big hit and some incredible side steps. This all together gave us some unexpected scores. The Under 16's and the Seniors knew how to make this tournament one to remember and with the laughs and smiles at the end of the games you knew this was a successful day. The juniors did not let us down either, with every player trying to prove themselves against their teammates. Boys knowing each other’s strengths and weaknesses allowed a more flowing game as a change of tactics led to surprises everywhere. 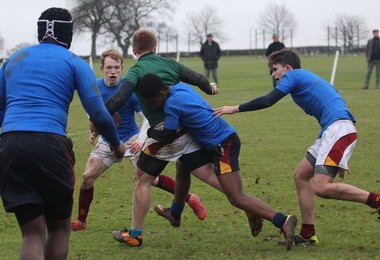 The matches were played in good spirits and it produced some enthralling games, with all teams losing at least one game throughout the tournament.  After a competitive tournament it was down to Collett and Rowe House to battle it out for the bragging rights in the Senior Cup. It was a close and a hard fought match, with the scores going back and forth on a number of occasions; tackles were made, breaks were earned but unfortunately for Rowe, Collett were too strong and dug out a great victory.

It was the same for the Juniors, with Sutton and RPH fighting for the trophy. With a tense final and lots of spectators on the side lines, it was time for the players to show, and show they did, but with only one winner allowed, Sutton broke free and won a fantastic final.

A fantastic day was had by all!