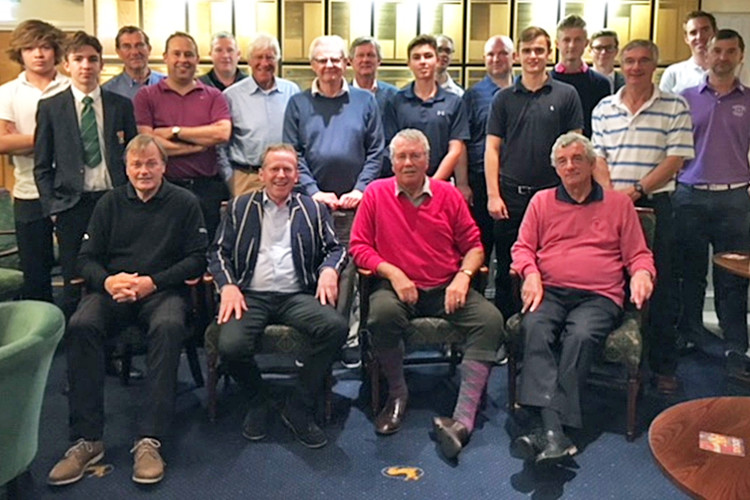 On a warm but damp Thursday toward the dying embers of September, it was time for the second OS Golf Tournament where students from the College were invited to come along and participate in the Society’s Autumn afternoon competition. The venue this year was the gently sloping vales of East Herts Golf Club, a mere stone’s throw away from school and a tough but welcoming course.

Having amassed a talented gang of golfing boys, Alex P, Adam B, Will S, James C, Ben B and Oliver L, we were all nervous but ready to get going. With handicaps ranging from 6 up to 24 there was certainly a wide range of abilities that were evened out as Stableford was the order of the afternoon. It was decided that the dampness of the course also meant that free drops in or out of the rough were acceptable which was unprecedented but also greatly accepted.

After an excellent lunch in the clubhouse the first groups started to get underway and it was time for the boys to step up to the tee as I looked on in trepidation. My nervousness was unfounded however, as all the boys hit their opening drives well and were off to a good start. This form continued throughout the round and all played well even when the curtains of dusk were drawing in and the dew began to stroke the greens. 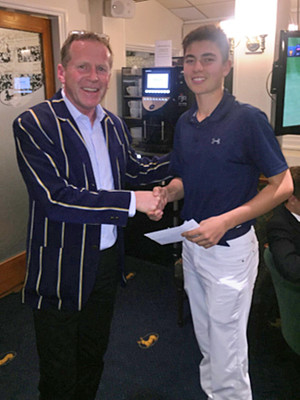 Special mention should go to Adam B who had an excellent round amassing a fantastic 42 points, a score that would usually win in a competition like this. Unfortunately, experience told and erstwhile member of staff Mr Bob Kisby shot an unassailable 46 points to come first – a steward’s enquiry into his handicap may be inescapable in the next competition… Ben B also finished incredibly well with a score of 36, just missing out on third place to OS Mark Williams who scored 39 points.

Overall, it was another wonderful event and I would like to thank the Headmaster for allowing myself and the boys to attend. Like last year, I was incredibly proud and impressed by the behaviour and attitude of the boys who mixed with the OS and learnt many tales of yore; some unsavoury, some educational, but all amusing. Seeing them interact and play with the upmost grace and good humour is what makes this event special. 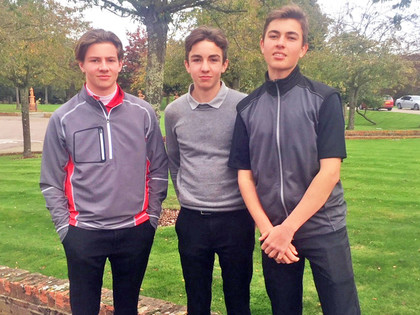 Well done to Senior School pupils Adam B (9 handicap) and brothers Oliver L (6) and Hugo L (9) who took part in the Hertfordshire County Team Golf Championship at Essendon GC on Tuesday 17th October.  With the aftermath of Hurricane Ophelia still lingering there were some rather testing conditions to contend with, with gusts of up to 30mph winds it was a tough day to grind a score out. With two scores out of three required, Oliver was first in after a challenging time out on the course and carded a respectable 32 points. Next came Hugo, the group behind Oliver, who scored one better with 33 points. For a while this was the winning score, until more cards came in and they were knocked off the top spot. Both Hugo and Oliver were now hoping that Adam could match the high standards he had achieved in the Old Boys’ match a few weeks earlier.  He duly delivered and increased the points tally by one, scoring a respectable 34 points. Although this was not a winning score the team enjoyed the day at Essendon and relished the chance of representing the College at golf, something they all hope to continue doing during their time at the College.