U14 Hockey Girls Through to East Qualifying Finals 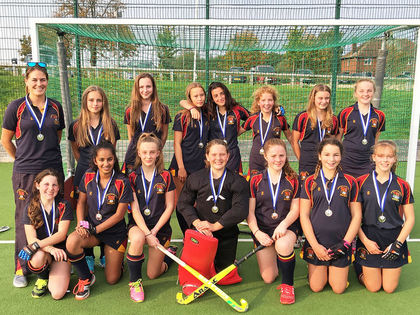 Congratulations to the U14 Girls' Hockey team who will be playing in the East Qualifying Finals, following success in the County Tournament in St Albans on 26th September.

In the group stages of the County Tournament, the results were as follows:

Having come second in the group stages, the girls drew with Haileybury in the semi-finals, meaning they went through to penalty strokes.  It went to sudden death, however, as the teams were still drawing after 5 strokes each, but Imogen B and Demi J both got their strokes in and Martha B made the winning save, and the team were through to the final, against Queenswood, for the second time in the tournament.

The final score was 3-0 to Queenswood, making the U14 Girls' team the runners up of the tournament.  The two finalists are through to the next round, the East Qualifying Finals, on Tuesday 7th and Thursday 9th November.

We wish the girls the best of luck!