Workshop with a Difference on Cyber-Bullying 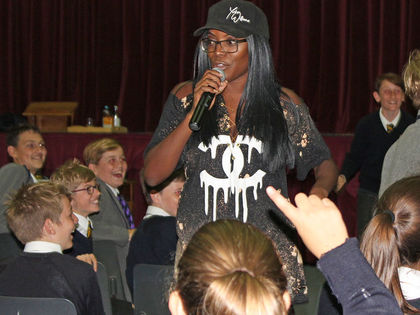 Singer Yinka Williams, who appeared on TV talent show the Voice in 2014 and released dance-pop single Take Charge in 2016, came to the Prep School yesterday to deliver a special workshop on cyber-bullying and discrimination to Upper 3rd pupils.  Yinka kicked off the workshop with a couple of well known songs and the pupils were soon singing along to the music.  A group of girls and boys volunteered to join her in a dance at the front of the hall, while others sang into the microphone as Yinka walked amongst them. Following this "warm up", Yinka engaged the pupils in a conversation about the different forms of bullying and types of discrimination and what we can all do to prevent it. 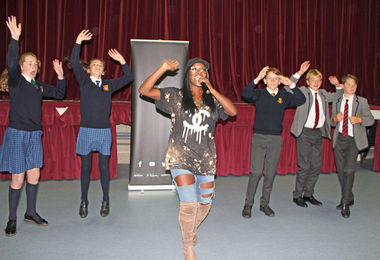 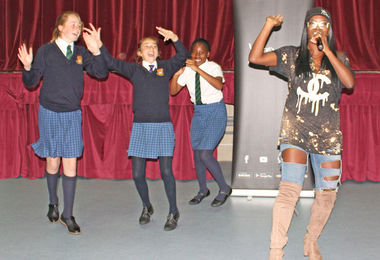 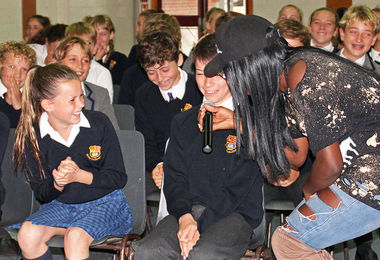 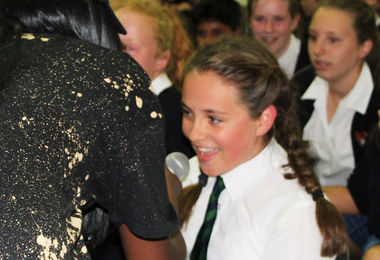