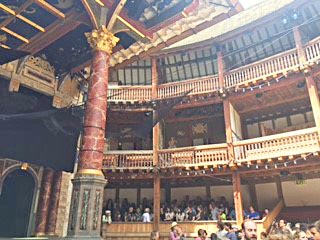 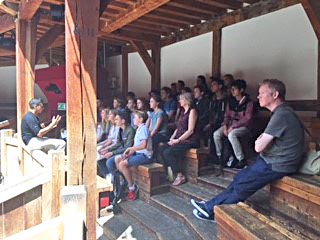 On Friday 23rd June, the fourth form English sets travelled to the Globe theatre in London in order to immerse ourselves as much as possible in the culture of Shakespeare’s time and the context surrounding his plays, especially Macbeth, something that would be helpful for our future coursework. The day started with us walking around the exhibition, armed with a pack of questions to locate the answers for.

We discovered more about the culture surrounding plays at those times. People from all echelons of society would come to the playhouses, as they were one of the very few sources of entertainment. We were also able to look at the typical clothes the people would wear to such outings, which gave us an understanding of how vital this part of life was to people in those times. We also got to see common musical instruments of the era such as the fiddle and cornet, which were often used during the plays especially during the ending jig! We also found out how Shakespeare’s plays might have been read, which was fascinating at it is completely unlike the way we hear Shakespeare today. Understanding the culture of the times is something that is vital to studying any play that Shakespeare wrote for the people of that era, therefore the exhibition proved very insightful! 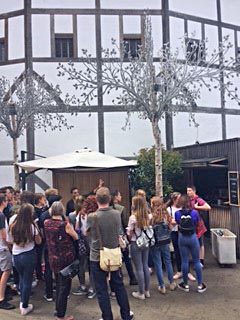 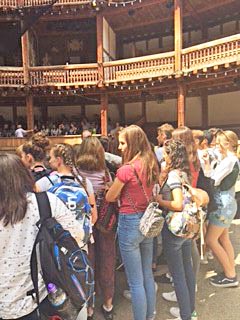 After a short lunch break on the riverside, we were given a tour around the theatre itself. Our guide talked about how the popularity of Shakespeare’s plays is due to him having the capability of capturing the Zeitgeist in a way that would be interesting to everyone regardless of their level of education. We saw how the structure of the Globe affected the atmosphere based on whether you were standing (poor groundlings) or sitting in the more expensive seats. Being able to talk about these aspects of the playhouse while stood in such a setting was certainly a lot more memorable and easier to imagine than being told the same information while sitting in a classroom! 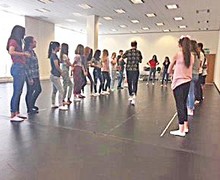 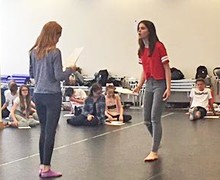 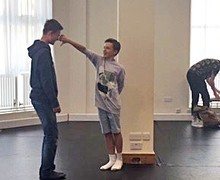 After that enlightening tour, we had the unique opportunity of taking part in a Macbeth workshop led by the tour guides, who were actors themselves or play producers. In groups we worked on a small aspect of the play in expansive detail. My class examined Act 1 Scene 7 - the ways in which Lady Macbeth attempts to convince her husband to commit regicide and Act 2 Scene 2 when Macbeth does kill Duncan, arguably two of the pivotal moments of the entire play. It was certainly an eye-opening experience as acting those scenes out and seeing them being acted gave us a whole new perception of the scenes. This experience was thoroughly enjoyed by all the classes because we were able to act as well as analyse the language.

Many thanks to Miss Speight and the English Department for organising such an amazing opportunity for us, I’m sure that I speak for everyone in the 4th Form when I say that we really enjoyed ourselves the day!