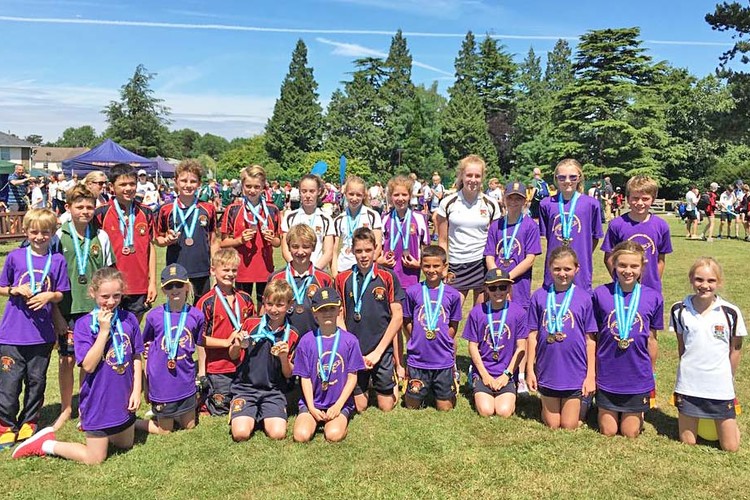 After weeks of training, finally the big day of the Aquathlon had arrived! Bright and early on the morning of Monday 26th June, 24 pupils from Upper Shell to Upper 3rd travelled to St Teresa’s School in Effingham, Surrey for the 2017 National Schools Aquathlon competition. This was a new venue so even past veterans who had competed in the past six years had to learn a new course. The competition is for 7 – 13 year olds and requires the pupils to swim in the pool followed immediately by a run over a set distance. These can vary from 50m – 200m in the pool followed by 500m – 2000m run. This is a gruelling event, especially in the intense heat that we had on the day.

We had excellent results, with 15 of the children achieving medal positions from 1st – 4th.  A new trophy was presented to the best overall girl and boy from all age groups in each distance and Harry M was successful in winning the Sprint trophy.

Other competitors included Dexter W, Albert B, Oliver M, Freya M, Fred B, Ava B, Amelia A, Emma K, Alice D B. All the pupils should be immensely proud of their achievements today.