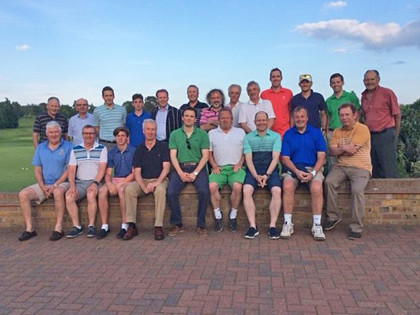 The weather was excellent for the first OSGS Meeting of the year, which was held at Gog Magog Golf Course, Cambridge on Thursday, 1 June 2017.  26 OS and guests turned out for a great day of golf in the sunshine.  Our Captain, Peter Lennie (SH, 72-75) donated a variety of prizes to the winners of various competitions, presented by Stuart Findlay (SHa, 55-61), our Chairman.

Buggies were in demand due to age and the heat! Despite, or maybe because of, the excessive sunshine, several players spent much of the day in the sand!

Bob Kisby (Staff, 73-11) was showing off his new BSC Book, Simon Lipscombe (HH, 90-95, Staff (11-) and Gary Law (Staff, 03-) turned up to represent Staff and Miles Vartan`s (SH, 76-81) Guest, Dale Fiddy, played so well in the morning, we are considering changing his name by Deed Pole, to Norman Monk Jones, so he qualifies as an Old Stortfordian and can play in the Halford Hewitt for us! 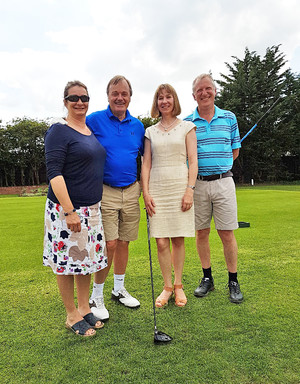 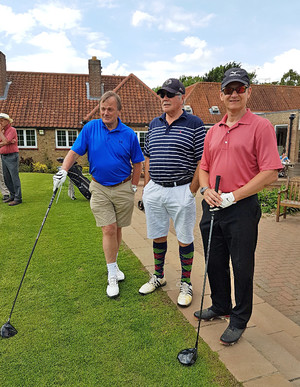 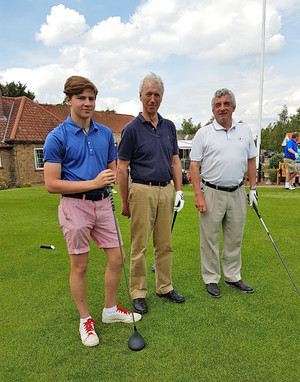 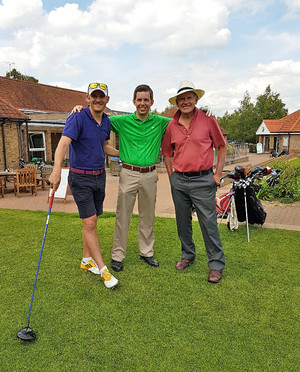 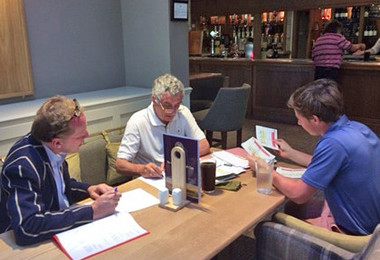 Our thanks go out to the hard working Secretary, Keith Turner (HH, 59-66), The Captain, Peter Lennie for his generosity and James Scott (AH, 82-84) who had been instrumental in reviving interest in the Golf Society. It was a great day and everyone seemed to enjoy themselves. 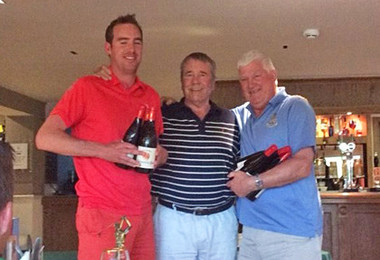 It was great to see so many new faces amongst the golfers, and we hope to see most of them in the Autumn at East Herts GC, near Buntingford, on 28th September 2017. We will be joined by College Students once again, thanks to the Headmaster for allowing Simon Lipscombe to bring them along. The OS Society itself is paying for them to join us for the afternoon.

There are subsidies for Students and unemployed. Please email Keith Turner for details.